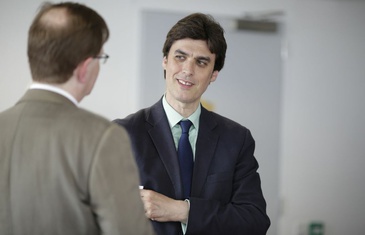 I am a scholar who works on twentieth-century United States history, with a focus on the modern American presidency.  I have published nine books.  A number of them examine the presidency of John F.  Kennedy, including a body of work on the Cuban missile crisis.  My 1996 book The Cuban Missile Crisis, described by one reviewer as ‘this generation’s definitive account of the famous crisis,’ provided new information and interpretations, such as how JFK planned a military strike at the start of the crisis, the role played by Adlai Stevenson, and the identity of the secret sources used by Senator Kenneth Keating in claiming before the crisis that there were nuclear weapons in Cuba.  The Financial Times described my 1999 edited collection of declassified documents on the missile crisis as ‘fascinating’ and ‘absorbing.’  When the tapes of the ExComm meetings were declassified and transcribed, the leading academic journal on American foreign policy, Diplomatic History, asked me to review this material, one of the most important releases of documentation on US foreign affairs in recent decades.  In 2012 I was asked to deliver the prestigious Harry Allen Memorial Lecture, on the fiftieth anniversary of the crisis, and used the occasion to present a new interpretation of the role played by Secretary of Defense Robert McNamara.  I have written other works on JFK, including an edited book Kennedy: The New Frontier Revisited, with contributions by such leading Kennedy scholars as James Giglio and Fredrik Logevall, which made the case for a more balanced, nuanced assessment of Kennedy than that provided by the Camelot or revisionist schools.

My scholarship on JFK has been part of a broader assessment of the modern American presidency.  I have also published on the presidencies of Franklin Roosevelt, Harry Truman, Dwight Eisenhower, Lyndon Johnson, Bill Clinton, and Donald Trump.  My 2007 book Against the President, which examined a number of White House advisers who disagreed with the foreign policies of the presidents for whom they worked, was shortlisted for the Neustadt Prize, awarded for the best book by a British scholar on US political history.  I have written on Bill Clinton’s election as president in 1992, his political image, and edited a book on The Presidency of Bill Clinton.  I have become very interested in the subject of image and the American presidency, and in 2020 co-edited a book on The Presidential Image.  I also have an interest in the history of theatre, film and television, and in 2005 published with Faber a biography of the actor/director Kenneth Branagh based on various new sources.

I have a vocational commitment to teaching, and at the undergraduate level offer a range of courses, including The Kennedy Years, The American Century, and Cold War America.  I have a strong commitment to postgraduate teaching, and have supervised six PhDs in recent years, all to completion or upgrade.  I am particularly interested in receiving applications from prospective doctoral candidates with topics on the US presidency since World War II.

I started my career as a specialist in US foreign relations.  This has developed into a more general interest in the American presidency in the Cold War and the post-Cold War era.

My particular areas of interest include:

The issue of image and leadership

I have also published numerous articles and chapters, including:

On-camera interview for the 2017 Netflix documentary 'JFK: The Making of a President'

Interviewed for the BBC Radio 4 History of Diplomacy series, 2017. BBC History podcast, 'The Cuban missile crisis: Everything you wanted to know,' July 2020

Lecture for a Labour Party group, London, on the 2020 US election.