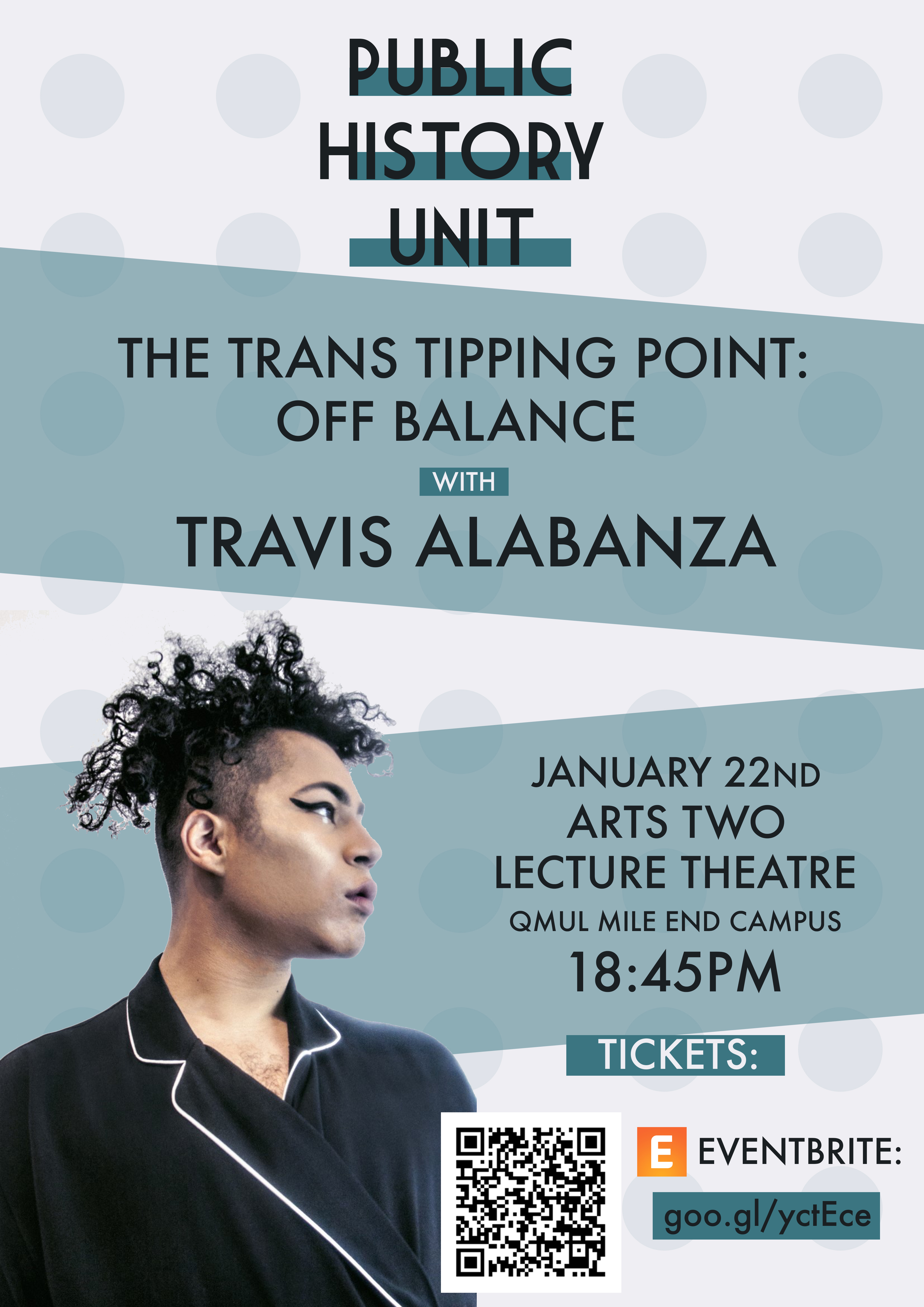 Travis Alabanza is a performer, writer and theatre maker. In the last two years they have been noted by numerous publications, such as ARTSY, ID AND MOBO _AWARDS, as one of the most prominent emerging queer artistic voices, and also listed in OUT as an influential queer figure. In 2016/17 they became an artist in residence at the Tate workshop programme, starred in Scottee's theatre production 'putting words in your mouth' and the Royal Exchange show Jubilee, performed in venues such as V&A, Tate, ICA, the Roundhouse and Barbican - and had their work featured in the guardian, BBC, Huck magazine and more. Known for increasingly paving much of the UK conversation around trans politics, Alabanza has became a staple part of the London queer scene and further afield. Their debut poetry book 'Before I step Outside (you love me)' has been shipped to over 19 countries world wide and listed as one of the top trans literary books of 2017. Their interests and work surrounds their identity as a trans, black, gender non conforming person.