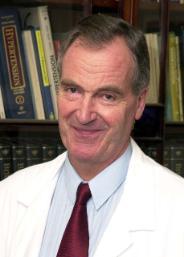 Even in the 1970s there were controversies about salt, mainly funded by the salt industry. In view of this, I set up the first double blind studies of salt reduction which clearly showed that reducing salt intake by modest amounts had large effects on lowering blood pressure both on its own and in conjunction with pharmacological treatment.

In the mid-90s, the Conservative government - after initially accepting the recommendations from the COMA (Committee on Medical Aspects of Food Policy) report on what could be done with changing the diet to prevent cardiovascular disease which included many recommendations, one of which was salt reduction - subsequently rejected the recommendations on reducing salt intake, following pressure from the food industry. This caused outrage amongst many blood pressure specialists, which led me to set up the action group on salt, 'Consensus Action on Salt and Health' (CASH), with colleagues. The objective was to try to get the food industry to slowly reduce the amount of salt they add to their products, and thereby reduce population salt intake.

Based on the success of the UK, I set up an international action group on salt in 2005, 'World Action on Salt and Health' (WASH), which now has over 500 members in 100 countries. The group has been very successful in spreading the message about trying to get salt reduction programmes set up in different countries, working closely with the World Health Organisation (WHO) and with individuals in each country who have set up their own action groups. This has meant that most countries now have, or are planning to have, salt reduction policies, many of them copying the UK experience and adapting it to their own particular circumstances. The UK salt reduction policy is very cost-effective.

In 2014, after trying to get other NGOs together to set up an obesity/type 2 diabetes prevention programme unsuccessfully, I decided to set up my own group, 'Action on Sugar', which has successfully campaigned to develop a coherent plan to prevent obesity and type 2 diabetes, initially in the UK. The aim, as happened with the successful salt programme in the UK, would be to spread this out internationally.

I have served on many other medical organisations, including the World Hypertension League board where I remain an advisor on salt reduction, the WHO and its regional offices, and I was also one of the Founders, and subsequently the President, of the British Hypertension Society.