Dissent and the Hanoverian Succession 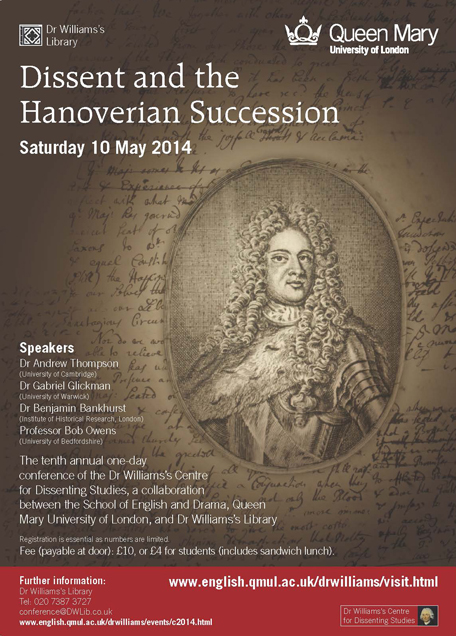 On Saturday 10 May 2014 the Centre’s tenth annual one-day conference was held at Dr Williams’s Library on the subject of ‘Dissent and the Hanoverian Succession’. At the tercentary of the succession of George I, the conference examined the place and views of religious dissenters in the reigns of Anne and the first Hanoverians.

‘Jonathan Swift, the Irish Test Act and the Demographics of Dissent in the Atlantic World, 1690-1764’ by Dr Benjamin Bankhurst

‘“But what if the Queen should die?”: Defoe, the Dissenters, and the Succession’ by
Professor Bob Owens (University of Bedfordshire)