Kristoffer Halvorsrud, Centre for Psychiatry, Wolfson Institute of Preventative Medicine, successfully applied for a 2017 Large Grant to work with patients from ethnic minority backgrounds with severe mental illness to create a series of photographic exhibitions showcasing the realities of severe mental illness. As a new display opnes in the foyer of the Queen's Building, he reflects on his experience working with the patients. 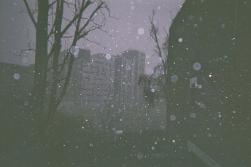 "Mental illness is not the end of the world. You can recover from it." - Synergi photovoice participant

Our public engagement project ‘Visual Reflections of Mental Health: Realities of Severe Mental Illness for Ethnic Minority People’ – informed by a powerful and well-established method (‘photovoice’) of authentic and meaningful co-creation in health care – was funded by the QMUL Centre for Public Engagement’s Large Grant.

The support by the Centre has been solid throughout the project, from the planning to the implementation and evaluation stages. By hosting workshops at frequent intervals, the Centre has helped us to think through the approaches we have adopted and the ways in which challenges could be addressed in consultation with and learning from others leading on similar public engagement projects. Between the workshops, the Centre has also provided relevant workshop material and responded to our queries.

This support from the Centre for Public Engagement has enabled the project to be successful. We hosted seven introductory and photo reflection workshops and three photo exhibitions at local mental health charities in London and Manchester. In total 21 people – including 19 service users and two carers – from a diversity of ethnic minority backgrounds have been involved.

The feedback from participants and involved centres has been very positive. Having an opportunity to capture photos of their lived experiences of mental illness and mental health care was reported by participants to be a well-suited and creative method. It enabled people, marginalised from the mainstream policy and practice debate, to share their knowledge and expertise. Below are three examples of feedback from participants:

“The thing about taking pictures I think is very helpful … Because when you look at the picture, the picture is always there for you … and then you can share to people about, I can ask you ‘can you look at this picture?’ … I can show and ask ‘do you see what I see now?’ … and then they say ‘yes’ and you know that at least you’re not alone. In this society, still a lot people have similar problems to you, so maybe you feel that you feel a bit better in that way.”

“We talk about these things all the time and are told to write these things down but to take photographs like these is better – it helps us to concentrate and focus on what matters.”

“The day was very informative and involved creative discussions on how we can better capture people’s views and experiences.”

The return rate of photos and personal notes has also been relatively high (76.19%). Participants have been committed to the task and the photo reflection workshops have provided a safe space to reflect on their own lives and engage with sensitive topics that they may not have otherwise shared.

The project is being progressed as part of the Synergi Collaborative Centre’s activities and will be showcased through the new Synergi Network Hub under the Synergi Stories strand, which gives those with lived experience and carers the chance to upload their narratives as blog posts, images and videos.

Hosting two end of project exhibitions in London on 26 September 2018 (Bush Theatre) and Manchester on 8 October 2018 (Z-Arts) will give participants the opportunity to view the work generated from the project, alongside an invited and public audience.

These public exhibitions will build on the smaller exhibitions held at local community centres and will be used to galvanise momentum to attract a larger audience, including influential stakeholders in mental health (commissioners, clinicians etc.) in order to capture narratives around ethnic inequalities in mental health and engage. We also hope to motivate health systems improvements, informed primarily by people’s experiences of mental health care.

The project will have a legacy beyond the final exhibitions. The Centre for Public Engagement has kindly offered to display some of the photos with their corresponding captions in the Queens Building foyer. The African and Caribbean Mental Health Services will also host a foyer exhibition in Manchester.

This will not only give more people a chance to see the project’s value, but it also provides added value for the participants to know that their work is being appreciated post project. The hope is that the project and the participants’ narratives will inform future priorities for mental health.