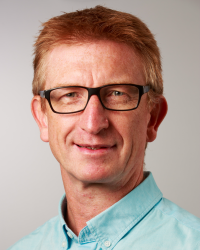 Before becoming a mature student at the age of 29, Nick spent ten years working as a furniture porter and being active in the Labour and Trade Union movement. During this time he organised election and recruitment campaigns, became a full time shop steward at Harrods and served on the National Executive of the Union of Shop, Distributive and Allied Workers. It was after this that he went to the Department of Politics at the School of Oriental and African Studies (SOAS), where he completed his BA, MSc and PhD.

While an undergraduate, Nick’s reading of Edward Said’s classic Orientalism, confirmed his deep concern with the intellectual and political problems arising from the Eurocentrism of modern thought and society. He set about trying to better understand Eurocentric Modernity with the help of a wide range of theoretical resources, including those provided by the Marxian tradition, Critical Theory and Critical Realist philosophy and dialectics, as well as the Hermeneutic tradition and psychoanalysis. An ongoing project, this gave a strong sense of purpose to his continuing studies and led on to his book: Eurocentrism.

Reflection on some of the weaknesses of, or absences in, his work on Eurocentrism led Nick towards a deeper engagement with modern problems of alienation and ethics and their implications for education and culture as well as politics. He began to further develop his understanding of modernity in terms of the structural contradictions between capitalism and the good, conceiving of the good in largely Neo-Aristotelian terms.

This approach to understanding and interpreting Modernity increasingly informs Nick’s reflection on his teaching practice and his role in leading pedagogical development in SPIR, where he is a member of the team working on the transition students make into university study and has been involved in a number of research projects related to this transition. Nick also has responsibility for developing support and training for a growing number of Post-Graduate Teaching Associates involved in first year teaching.

Nick has a long and varied teaching career of over 25 years now. He began teaching at the City Literary Institute where he taught adult education classes on European and African modern history. He also taught classical sociology and psychoanalysis to access students. His first university teaching was at SOAS, where he lectured on the Politics of Development and Critical Theories of Modernity. At Queen Mary, Nick is convenor of Thinking Politically and the Foundation Programme’s Politics and IR modules. He also teaches second year courses in Modern Political Theory and in International Relations.

Nick’s work is within the traditions of Critical Theory and critiques of modernity. His main publication, the rather dully titled Eurocentrism: A Marxian and Critical Realist Critique is a contribution to political and theoretical debates over the nature of Modernity. It was primarily an investigation of the deep structures of modern Western social relations and intellectual traditions. Eurocentrism argues that modern social relations, and modern political and social theory, are both structured around the contradictions of their illicit universalism and related processes of universalisation. It also supports the arguments that the essential tendencies of modern theory and practice are the subsumption of culture and character under socially dominant abstractions.

Eurocentrism also shows how the Marxian and critical theoretical traditions have the Eurocentric forms of thought and of society as their main objects of critique. They are therefore shown to be predominantly anti-Eurocentric. While acknowledging that the structural contradictions of Modernity also run through these traditions, they are nevertheless the locus of the most significant critiques of those very contradictory structures of Eurocentric Modernity.

Nick’s subsequent work has been concerned with developing a greater understanding of individual cultural (intellectual and emotional) development under contemporary conditions. This has involved asking such questions as: what are the contemporary forms taken the abstract universals, both real and theoretical, of Eurocentric Modernity? And what kinds of effects does being subsumed under them have on cultural development? These concerns are taken up in reflections on the development of critical theory and psychoanalysis from the perspective of Neo-Aristotelianism, particularly Alastair MacIntyre’s work. Drawing these traditions together has resulted in an approach towards contemporary modernity for which Freyenhagen’s term ‘negative Aristotelianism’ is apposite.

‘Recovering Modernity’s Past and Outside: Rajani Kanth’s Against Eurocentrism’, Journal of Critical Realism, Vol. 5, No. 2, Summer 2006.

'Form and Substance in Capital: Theses on the relation between Capital and Dialectic', Journal for Critical Realism, 1:2, May 2003.

'Odyssey of a Beautiful Soul’, Review of Roy Bhaskar, From East to West: odyssey of a soul, London, Routledge, 2000. In Alethia 3.2 November 2000: 2-8 (Now Journal for Critical Realism). With Prof. Alan Norrie.

Foreword to The Challenge of Eurocentrism, Edited by Rajani Kanth, Palgrave, 2009.

‘Dialectics of realist theory and the Eurocentric problematic of the discourse of modernity’. In Realism, Discourse and Deconstruction, J. Joseph (ed.), London, Routledge, 2003.

Nick has given various talks and conference presentations on matters relating to alienation under contemporary conditions of modernity and some of their implications for educational and political practice.