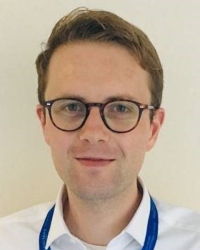 Daniel joined Queen Mary University of London as a lecturer in 2019. His research focuses on British politics, with a particular emphasis on the UK parliament and constitution.

Prior to taking up this position he has held a number of research roles. Between 2011 and 2015, and again in 2019, he worked at the Constitution Unit at University College London. His research there included a major investigation of the UK parliament’s policy impact on government legislation, resulting in his co-authored monograph Legislation at Westminster (OUP, 2017), and parliament’s role on Brexit. Between 2015 and 2016 he worked at the Mile End Institute at Queen Mary, researching the introduction of ‘English Votes for English Laws’ in the House of Commons. He also completed his PhD at Queen Mary, on the topic of Christian pressure groups in UK policymaking.

Daniel’s research has been cited in the media, parliament and other policy contexts, and he has appeared before several parliamentary select committees to give evidence based on his findings.

Daniel’s research interests are in the following areas:

Russell, M. & Gover, D. (2021) Taking Back Control: Why the House of Commons Should Govern its Own Time. London: Constitution Unit.

Gover, D. & Kenny, M. (2016) Finding the Good in EVEL: An Evaluation of ‘English Votes for English Laws' in the House of Commons. Edinburgh: Centre on Constitutional Change.

Russell, M & Gover, D. (2021) ‘Taking Back Control: Why the House of Commons Should Govern its Own Time’, Constitution Unit blog, 19 January.

Russell, M. & Gover, D. (2019) ‘Pressures to Recall Parliament Over Brexit During the Summer Seem Likely – What if They Occur?’, Constitution Unit blog, 28 August.

Daniel is pleased to consider supervision in the following areas: