Rachel Reeves will reflect on the legacy of the struggle and achievements of women at Westminster over the last hundred years. This is the subject of her forthcoming book by the Labour MP for Leeds West and Chair of the Business, Energy and Industrial Strategy Select Committee. The sixth George Lansbury Memorial lecture us thus both timely and dedicated to a cause which was always central to George's political aspirations.

The George Lansbury Memorial Trust was founded in 2012 to commemorate the life, work and legacy of George Lansbury (1859-1940). A pioneering campaigner for peace, women's rights, local democracy and improvements in labour conditions, Lansbury was an adopted East Ender who made a great contribution to local as well as national life. Not least, he was a great supporter of women's suffrage who, in 1912, resigned his parliamentary seat of Bow and Bromley to fight a by-election on this specific question. George may have lost that contest, but six years later the cause was won.

The event will be followed by a drinks reception in the People's Palace Foyer. 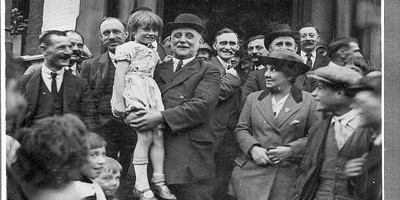