Book Launch: Africa and the Backlash Against International Courts 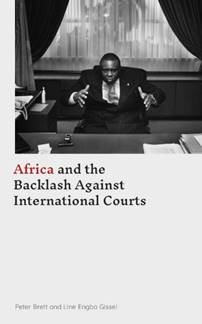 After the end of the Cold War African states created a wide range of new international legal institutions. As a result Africa now has more international courts than any other continent. Today, however - as in other world regions - these courts face mounting challenges to their authority. The wave of institution building appears to be over. Some states have withdrawn from courts or prevented their citizens from accessing them. Whilst others have attempted to co-ordinate their restructuring or replacement.

Most discussions of this phenomenon to date have focused on Africa's famously troubled relationship with the International Criminal Court (ICC). This is the first book to look systematically at all of Africa's international courts. Dedicated chapters compare the ICC with regional courts in West, Southern and East Africa. An overarching argument highlights the power of the sovereign equality idea in Africa's international relations: a counterpoint to a common analysis focusing only on authoritarian leaders' safeguarding of their sovereign prerogatives. This argument draws on the work of Thomas Kwasi Tieku, who will act as discussant.

The authors: Peter Brett is a Senior Lecturer in International Politics at Queen Mary - University of London. Line Engbo Gissel is an Associate Professor in Global Political Sociology at Roskilde University.

More information about the book at the Zed Books website: https://www.zedbooks.net/shop/book/africa-and-the-backlash-against-international-courts/