What if history had had a happy ending? To change the future, we need to reimagine the past.

Lenin Lives! lays out a narrative account of how history might have happened differently if Lenin had lived long enough to see the global spread of the Russian Revolution to Western Europe and the USA. In one alternative world, instead of the grim authoritarian and autarkic states of the East, socialist revolution in the world’s most advanced economies ushers in an era of global peace, progress and prosperity, with global federations substituting for nation-states and international organisations. In keeping with the hopes of European revolutionaries of the time, the early achievement of socialism leads to a drastic improvement in human progress, economic growth, democracy and freedom at the global level.

A wine reception will be followed by an introduction from and Q&A with the author, Dr Philip Cunliffe (University of Kent). 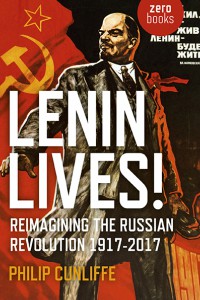