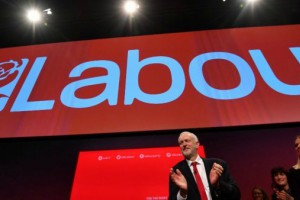 Some narratives on the state of ‘the Left’ talk of a crisis, others a moment of reinvention. Parties on the Left are considered both resurgent and redundant, with swinging polls and surprising election results triggering regular moments for reflection and reconsideration.

Drawing on research into party membership, work on the social democratic tradition and analysis of contemporary British politics and society, this Mile End Institute event will discuss some of the most pressing questions facing the Left right now, as it considers its identity and mission. What is the state of the Left in Britain? To what extent does its mission derive from a view of Britain’s history, and how accurate is that view?

Professor Andrew Hindmoor will be discussing contemporary Britain, arguing that while the UK is not a social democratic paradise, it is a long way from being a posterchild for neoliberalism. Meanwhile Labour’s most recent Prime Minister, Gordon Brown, has recently noted the enduring presence of the neo-liberal challenge to Labour, while recognising Jeremy Corbyn’s success in winning the Labour Party leadership, and in delivering a better-than-predicted (by many) general election result. Dr Patrick Diamond will position these debates in the longer view of Britain's social democratic tradition, while Dr Monica Poletti will discuss Labour's growing membership base and its future role in helping to shape the British Left's trajectory. The event will be chaired by Karl Pike, Queen Mary University of London PhD student.

The panel discussion is open to the public and there will be opportunities for audience Q&A. The event will be followed by lunch to which all are welcome.