Danny Boyle's award-winning arts festival is collaborating with staff and student-film makers at Queen Mary University of London this February for a new exhibition on the history of an east London psychiatric hospital. 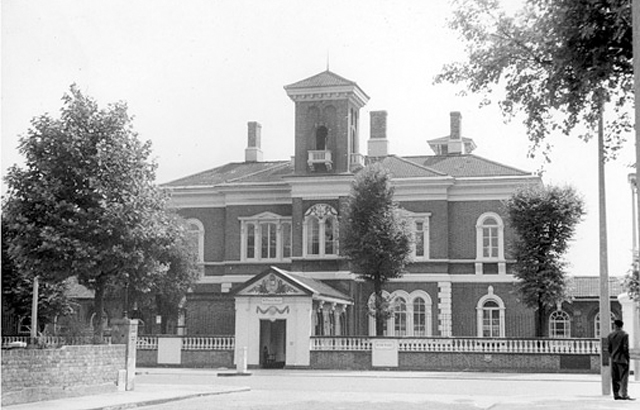 St Clement’s: Workhouse to Our House has been co-curated by Queen Mary student Carla Steinberg, and runs alongside a programme of evening events hosted by the university’s film-production unit, Mile End Films.

It is being staged at the former St Clement’s psychiatric hospital in Mile End - only the second time it has opened its gates to the public since 1849. The hospital closed its doors in 2005 and was successfully reopened for the Danny Boyle curated Shuffle Festival in 2013.

Shuffle was established in 2013 to explore the wealth of local artistic talent and to promote St Clement’s as a potential site for the first Community Land Trust in London, with a redevelopment providing affordable housing for local people.

Between 22 and 28 February, a major exhibition will look at the lives of inmates and staff at the hospital and during its formative years as a workhouse in the latter half of the 19th century.

Evening events include a cabaret night and a debate for under-25s, hosted by Queen Mary student and Mile End Films editor Mitchell Harris, on whether today’s under-25s are a ‘Never Had it Generation’.

In another Shuffle evening event, an international showcase of short films will be judged by a panel of directors and hosted by Mile End Films.

St Clement’s: Workhouse to Our House is hosted by Mile End Films in partnership with Shuffle Festival, Eastside Heritage and Heritage Lottery Funding.

The exhibition is open from 12-6pm and entry is free. All evening events are priced at £5.