Sensors created by chemists at Queen Mary University of London could lead to a set of new tools for researchers to investigate conditions like diabetes resulting in earlier diagnosis and new treatments. 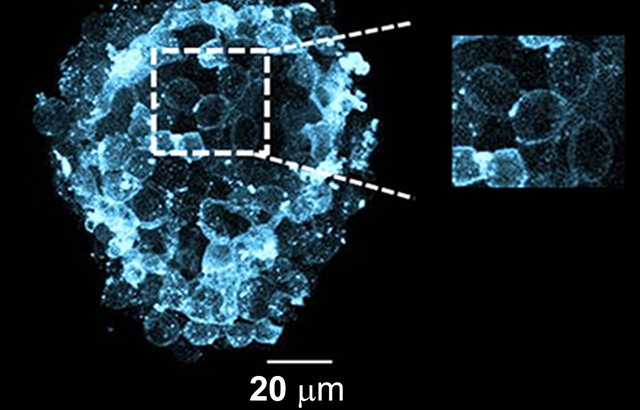 Scientists increasingly recognise that the metal zinc plays an important role in a number of diseases such as, Alzhemier's, Type-2 diabetes, and age-related macular degeneration (blindness). However, the metal can be hard to observe directly.

“We know that zinc is involved in a number of processes within the body and it's also known to be associated with many diseases,” said co-author Professor Mike Watkinson from QMUL’s School of Biological and Chemical Sciences.

“But we don’t understand whether zinc is the cause or the consequence. Better imaging tools would help us investigate the role of zinc in biological systems, and understand its role in diseases.”

Publishing in the Royal Society of Chemistry journal Chemical Science, the researchers propose a simple, quick method to generate sensors, which can detect zinc in living pancreatic cells when insulin, the hormone that controls the body’s level of glucose, is released.

The sensors use a binding mechanism to detect the presence of the metal in specific parts of the cells, which is a significant improvement on current methods that use fluorescence to detect zinc but can’t pinpoint its exact location. Variations of the sensors were trialled in test tubes to ensure they worked correctly before testing on pancreatic cells to demonstrate their effectiveness.

Co-author Dr Stephen Goldup, also from QMUL’s School of Biological and Chemical Sciences, said: “By developing this new easy approach to targeted sensors, we hope to inspire a new generation of targeted imaging agents with optimised function as tools for the biological investigation of zinc and other metal ions.”

The research contributes to COST Action Zinc-Net, of which Professor Watkinson is a member of the Core Group, Management Committee and the Chair of Working Group 1 covering the Chemical Biology of Zinc. The international science project is funded by the European Commission to promote zinc research and exchange of knowledge. Find out more about the collaboration.