The first 30 seconds of a social encounter is crucial for people with symptoms of schizophrenia for establishing contact with people, according to new research carried out at Queen Mary University of London. 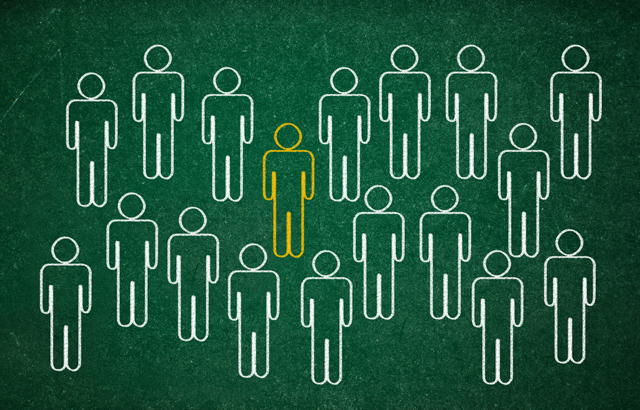 Using motion capture technology more commonly found in the film industry, the researchers studied social interactions of patients in a group and analysed the patterns of verbal and non-verbal communication.

Publishing in the journal PLOS ONE today (Monday 20 January), researchers found people with schizophrenia are sidelined in conversation even when other participants are unaware of their illness.

To examine this, the scientists set up a conversation between three people and investigated how peoples’ involvement varied.

Each participant wore clothing with 27 reflective markers, which were tracked in 3D by an array of infrared cameras in the Augmented Human Interaction Laboratory, part of Queen Mary’s School of Electronic Engineering and Computer Science.

“This is the first time motion capture techniques have been applied to clinical populations to analyse how people relate to each other, and the complex social barriers faced by some people with mental health problems,” said co-author Professor Pat Healey, head of Cognitive Science Research Group, which is part of the School of Electronic Engineering and Computer Science.

“Nonverbal communication, such as gestures, nodding and posture, are a key part of face-to-face communication. The motion capture equipment allows us to study this non-verbal choreography in live interactions in an unprecedented level of detail.”

In the study, the team observed that people with symptoms of schizophrenia were more withdrawn and less likely to be spoken to in the opening moments of the conversations, and found it harder to engage the other participants.

The difficulties in these opening moments are connected with other participants feeling less rapport immediately following the encounter but aren’t linked to the severity of the patient’s illness, which were measured by standard assessments of symptoms.

Co-author Dr Mary Lavelle, now based at the Institute of Psychiatry at King’s College London, said: “This research demonstrates the impact of first impressions on interpersonal success for people with schizophrenia. Understanding why this happens could be key in tackling the social difficulties experienced by patients.”

About one in a hundred people will experience schizophrenia in their lifetime and they tend to be one of the most socially excluded groups in society, for example, only around ten per cent are in employment. Social stigma associated with mental illness means they have fewer people to turn to in a crisis and fewer friends.

It’s known that interactions with others are important for people showing symptoms or that have been diagnosed or treated for schizophrenia - those that have better social networks are more able to cope with their illness.

Co-author Professor Rose McCabe, now based at University of Exeter Medical School, said: "The research could be critical in supporting patients with schizophrenia because we know that those who have good interpersonal relationships have much better health outcomes, and it will help us take the next steps toward improving outcomes and reducing social exclusion."

Professor Healey added: “In the future it may be possible to use motion capture from video game technology such as the Kinect system to get similar data from more everyday surroundings.”

Want to know more? Watch the authors explain the key findings from the study.

Details of the study:

* Researchers recruited 20 patients with a diagnosis of schizophrenia and 100 healthy participants, all of whom were strangers before the study.

Patients had been diagnosed with schizophrenia for around 15 years and those on medication were prescribed a low dosage. Healthy participants were informed that the study was an investigation of social interaction and were not aware that a psychiatric patient was present.

‘Participation during first social encounters in schizophrenia’ is published in the journal PLOS ONE on Monday 20 January 2014.