A scientist from Queen Mary University of London attended a prestigious reception hosted by Her Majesty the Queen at Buckingham Palace on Monday 9 June to recognise the growing potential of UK tech start-ups. 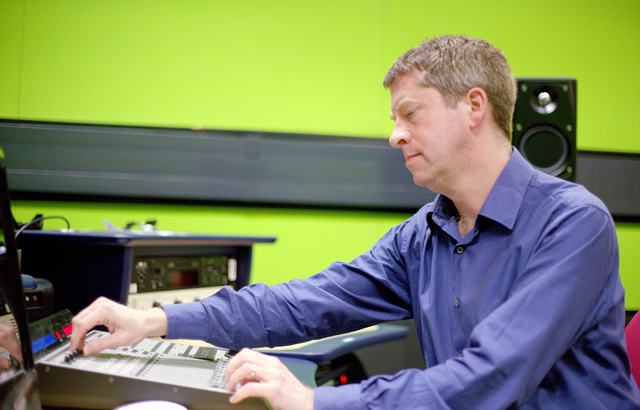 Dr Joshua Reiss from Queen Mary’s School of Electronic Engineering and Computer Science was awarded a Royal Academy of Engineering Enterprise Fellowship and co-founded a music software company called MixGenius. The company uses computer algorithms created at the School’s Centre for Digital Music that work in real-time to distinguish between multiple sounds either from a live gig or during post-production, and creates a professional quality mix with an optimised blend of the sounds.

The Royal reception showcased products from companies and organisations like Raspberry pi, Bristol OC Robotics and Intelligent Textiles – over 350 of the UK's most successful and promising technologists were invited to attend.

Dr Reiss said: “I was honoured to be invited to Buckingham Palace. It was thrilling and inspiring to meet Her Majesty the Queen, HRH Prince Philip, and Prince William, Duke of Cambridge. I was especially impressed by the Royal Family’s keen interest in, and support for, the UK technology industry.”

The financial boost from venture capitalists has helped to grow the company – there are now over 15 staff based in their offices in Montreal, including three graduates from QMUL.

The research from Queen Mary was originally supported by Queen Mary Innovation Ltd; TandemLaunch, which acts as an incubator for early-stage technologies; the Royal Academy of Engineering and a grant from the European Commission called DigiBIC.

Watch this film to find out more about QMUL's start-up successes: