Dr Stephen Goldup from Queen Mary University of London has been named the Royal Society of Chemistry Hickinbottom Award winner for 2014, recognising the contribution to organic chemistry of a researcher under the age of 35. 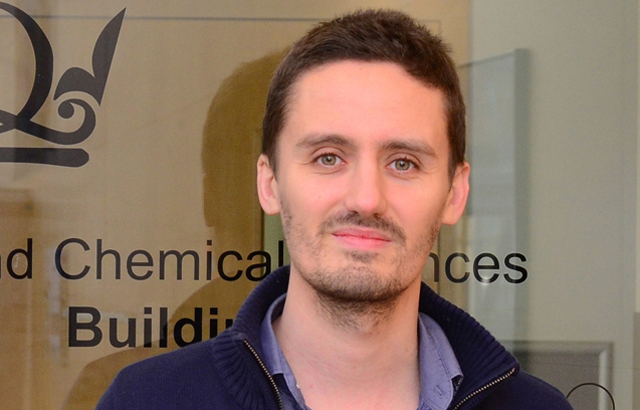 Dr Goldup’s research looks to develop new ways of making molecules that form interlocked structures known as “molecular machines”. He hopes that these machines could be used to make more complex molecules and materials that cannot currently be synthesised.  This could lead to the development of more smart materials.

“I’m really honoured to accept this award on behalf of the research group in recognition of our work on the synthesis of complex interlocked molecules, particularly in light of the illustrious list of previous winners,” said Dr Goldup.

“We’re really excited with where the work is going at the moment - lots of exciting results in the last couple of months - and I’m looking forward to presenting our work at RSC Award lectures over the next year.”

Dr Robert Parker, Chief Executive of the Royal Society of Chemistry said: “Each year we present Prizes and Awards to chemical scientists who have made an outstanding contribution, be that in their area of research, in industry or academia.

“We’re working to shape the future of the chemical sciences for the benefit of science and humanity and these Prizes and Awards give recognition to true excellence.

“Our winners can be very proud to follow in the footsteps of some of the most influential and important chemical scientists in history.”

An incredible 47 previous winners of the Royal Society of Chemistry’s Awards have gone on to win Nobel Prizes for their pioneering work, including Harry Kroto, Fred Sanger and Linus Pauling.

Indeed, one of the 2012 Royal Society of Chemistry Prize winners, Arieh Warshel, was awarded the Nobel Prize in Chemistry last year.

Wilfred John Hickinbottom (1896-1979) was Reader at QMUL (then Queen Mary College) from 1947-1960 and Professor from 1960-1963. After ‘retirement’ he went to the University of Khartoum, leaving a legacy which funds the occasional Hickinbottom symposium. The remainder went to the RSC to fund the Hickinbottom Award. His significant contributions to the field of organic chemistry include the book 'Reactions of Organic Compounds'.