A scientist from Queen Mary University of London, who studies how bees forage for food and the evolution of their sensory systems, has received a top prize from the UK’s national academy of science as well as a prestigious grant from the international Human Frontier Science Program (HFSP). These two awards are in addition to a major grant awarded by European Research Council last month. 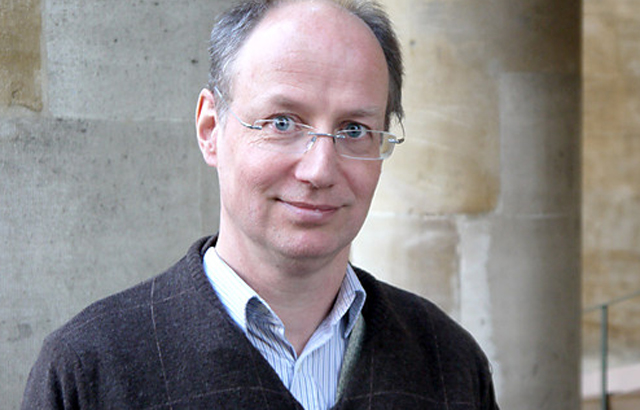 The Royal Society award will support Professor Lars Chittka’s research in using radar technology to track the movement pattern of bumblebees and honeybees, and is jointly funded by the Wolfson Foundation and the Department for Business, Innovation and Skills. Professor Chittka is one of 28 awardees that the Royal Society announced today (Friday 9 May).

Professor Chittka, from QMUL’s School of Biological and Chemical Sciences, will collaborate with researchers in France and the US to understand the problem-solving skills of honeybees in an interdisciplinary three-year project funded by the HFSP.

He comments: “There is a common perception that larger brains mean higher intelligence, however many insects demonstrate sophisticated decision-making so their tiny brains don’t hold them back.

“By building a model of the bees’ brain we hope to learn which neural networks and systems are involved in visual learning.”

Professor Chittka is also a recipient of a major grant worth over €3 m from the European Research Council (ERC) Advanced Grant Scheme for a five year joint research project with Rothamsted Research.

Describing the project, he said: “More than a third of crops worldwide and more than a third of the food we consume depends on pollinators so the question of how bees, which are the most abundant and efficient pollinators, explore and exploit space is central for understanding their impact on agriculture.

“By studying bee navigation in three dimensions, my team hopes to understand if bees deliberately rise high into the air to survey the territory and gain a broad view of the landscape and how they memorise routes between multiple feeding locations.

“The new technology will help us to track bees over long distances and could be useful in monitoring the dispersal of other animals including bats, birds and other insects, which could have useful implications for conservation management.”