A three day discussion on mortality, mourning, death and dying, and their resonating effect on culture and history is set to take place at Barts Pathology Museum this April. 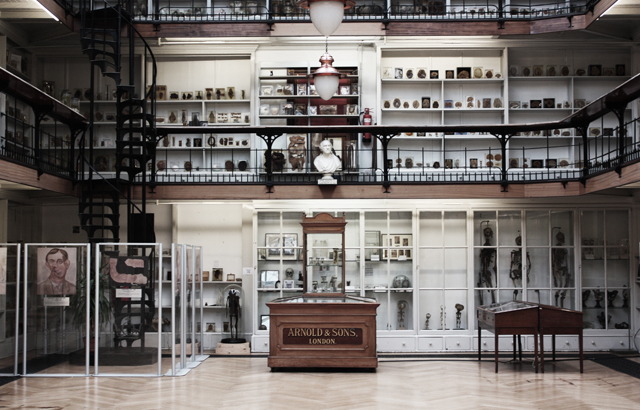 In the spirit of the eighteenth-century ‘salon’ – informal coffeehouse gatherings of intellectuals – medical historian and librarian Megan Rosenbloom first hosted a ‘Death Salon’ in Los Angeles in 2013.

Attended by historians, writers, artists, musicians, academics, morticians and other “death professionals”, it proved a huge success, opening up conversations about a subject that is often considered taboo.

Three seminar days will be loosely based around the themes of Ante Mortem (before death), Peri Mortem (around the time of death), and Post Mortem (after death).

Carla Valentine explains the aim of DSUK and some of the key topics for debate: “Here at Barts Pathology Museum it has been my aim from the beginning to utilise this space and collection to open dialogues about death, history of medicine, pathology and anatomy. We want to make those topics accessible to all.

“It's a wonderful honour to be host and co-organiser of this event. During the course of the conference we will reflect on scientific developments to prolong life with the advent of surgery, using examples from our collection of some 5000 anatomical specimens.

“John Troyer from The Centre for Death and Society in Bath will be looking at new techniques for the disposal of the dead, addressing questions about the public perception of human tissue donation, funerals and autopsies. And we’ll be discussing new methods for examining questions about illness and the cause of death, for example, our artist-in-residence Dr Lucy Lyons will explain how her drawing workshops with doctors and lab technicians enabled them to diagnose disease which they would otherwise not have seen.

“Death as a topic sits at the interface of health-related science and the wider humanities spectrum. For instance, the Museum holds historical examples of common causes of death from the early 19th century, such as tuberculosis, which began decreasing with medical advances. Now they’re increasing again and we will discuss why, and what we can learn from history, using examples from literature and art for context.”

Megan Rosenbloom adds: “DSUK brings the work of academics and death professionals to the public in an approachable but intellectual way, while also encouraging interdisciplinary collaboration towards the goal of death acceptance and cultural understanding.”

Tickets are priced at £25 per day or £60 for a full three day pass. Speaker line-up is subject to change.