Rwanda - The Politics of Success, Silence and Genocide Leverage

In the aftermath of the 1994 genocide, Rwanda has wisely used international aid to transform its infrastructure and economy. But how far is progress being marred by its oppressive political regime? 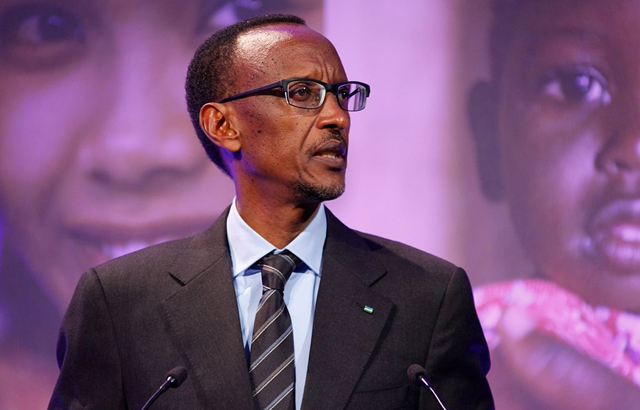 Twenty years ago, 800,000 people were killed in the Rwandan genocide while the international community turned a blind eye. Today, Rwanda is a stable country with healthy economic growth; increasingly seen as a leader in African foreign policy and international relations.

The country has one of the highest numbers of women MPs in parliament. Initiatives such as the ‘One Laptop per Child’ policy are said to have transformed its education system. Civil servants from other African countries are sent to Rwanda to learn from their health reform programmes.

The Rwandan government has successfully exploited international guilt over the genocide to keep the aid money flowing in and directing where it goes. But this model of success should ring alarm bells.

Underneath the rebrand from ‘Genocide Rwanda’ to ‘Progressive Rwanda’, the political climate of 1994 continues to silently loom large, affecting the country’s stance on free speech and its relationships with international allies.

The Rwandan constitution prohibits political organisations based on "race, ethnic group, tribe, clan, region, sex, religion or any other division which may give rise to discrimination".

Although understandable given the genocide, this approach has resulted in a hazardous climate for opponents of the regime who can quickly find themselves labelled dangerously divisive, suffering persecution as a result.

Under the one-man, one-party regime of Paul Kagame, opposition parties are suppressed and critics silenced. When the United States Ambassador to the UN aired concerns regarding Rwanda's closed political environment, Kagame responded with clear reference to the genocide, saying: “look back just a little bit in history. Look at the failures of these friends."

In the run up to the 2010 presidential elections the only legal opposition party was unable to stand after the party's leader, Bernard Ntaganda, was arrested for "genocide ideology" and "divisionism" two months before the polls opened.

Meanwhile, the tortured body of Andre Kagwa Rwisereka, Vice-Chairman of the Democratic Green Party and a vocal opponent of the regime, was found in a marsh outside Butare in southern Rwanda a month before the polls.

In January 2014, Kagame's former intelligence chief-turned dissident and exile, Patrick Karegeya was found murdered in his hotel room in South Africa. Whilst none of this persecution can be directly linked back to Kagame, human rights organisations and media outlets in Rwanda report of a climate of fear in which they operate.

The international community, meanwhile, continues to vacillate in its responses to Kagame – on one hand rewarding him for socio-economic advances; on the other, withdrawing aid for his alleged support of violent rebel groups in the Democratic Republic of Congo. Kagame is using this genocide guilt to his advantage to gain domestic and international leverage.

On this 20th anniversary, it is important to recognise the progress Rwanda has made - impressive economic growth and progressive policy reforms that have emerged in the aftermath of the genocide make a return to the events of 1994 unlikely.

However, Rwanda in 2014 is not an unmitigated success story, and in any analysis we must retain a sense of the political compromises the country and its citizens have endured under the rule of Paul Kagame.

Whilst conditions remain incomparable to those, which were present during the genocide, Rwanda remains an unsafe place for vocal opponents of Kagame’s regime. This is something that should give the international community and Rwanda’s African neighbours pause for thought.​

Dr Clive Gabay is Senior Lecturer in the School of Politics and International Relations and co-author of 'Neoliberal interventions, civil society and state-building' (due to be published later in 2014)

Dr Sophie Harman is Senior Lecturer in the School of Politics and International Relations and co-editor of 'African Agency in International Politics' and 'Governing the World? Cases in Global Governance'.