Romanian presidential elections may signal a break from the past

QMUL's Marius Ionut Calu analyses the impact of last week's Romanian elections, and suggests that the surprise result may be indicative of a changing society and maturing democracy. 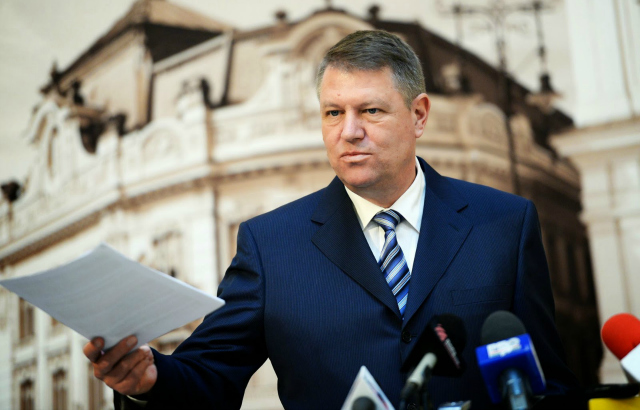 On Sunday 16 November, more than 11 million people turned out to vote in the second round of Romania’s presidential elections. The turnout, around 64 per cent, was amongst the highest in decades.

The second round surge in voting – up from 52 per cent in the first round – delivered a major upset to Victor Ponta, who was considered a safe bet. As it turned out, the centre-right candidate Klaus Iohannis, reversed a 10 per cent first round deficit to secure a comfortable win. He finished with nearly 55 per cent of the vote.

Such a political turnaround is extraordinary in the context of Romanian politics, even more so given that the president elect is a Lutheran ethnic German.

It has now been 25 years since the fall of communism in Romania and the overthrow of Ceausescu. While the period of democracy now surpasses the duration of Ceausescu’s reign, there remains much unfinished business from the so-called transition to democracy.

Despite the progress made, not least EU membership in 2007, many people believe that the benefits have been uneven. A recent survey indicates that although 82 per cent of Romanians agree that there is more ‘freedom’ than pre-1989, the vast majority disagree that there is ‘more justice’ or better living and working conditions than during communism.

It is highly likely that Sunday’s elections reflect the many unfulfilled hopes of the electorate, and also a wider disillusionment with contemporary politics.

Romania’s president elect will succeed Traian Basescu, a right wing politician who served two successive terms. Basescu, who was leader of the Democratic Liberal Party (PDL) became an unpopular and divisive figure during his two terms.

It was thus anticipated that the current prime minister and leader of the Social Democrats (PSD) Victor Ponta would win- fairly easily. To counter this electoral threat from the Social Democrats, the National Liberal Party (PNL) formed an alliance with PDL and put forward Klaus Iohannis as a joint candidate.

The electoral campaign itself was remarkably lights on policy and detail. Ponta’s campaign was focused on harnessing the anti-Basescu feeling. He ran a deliberately negative and polarizing campaign, designed to appeal to the PSD core vote along with ‘soft’ supporters of the right.

Meanwhile, Iohannis, presented a positive, likeable image: a former teacher and successful ethnic-German mayor from Sibiu, a city in Transylvania. As the campaign went on, however, Iohannis’ calm, respectful and non-confrontational approach was overshadowed by his shaky political support and perceived lack of charisma. He came under sustained personal attack from Ponta’s campaign, which focused on Iohannis’ ethnicity (non-Romanian), religion (non-Orthodox) and family background (no children).

In the face of two apparently unsatisfactory political profiles – one too passive and the other too boorish – the candidates faded into the background. The debate became less about the individuals and more about values, citizenship and the character of democratic politics.

There was a resigned sense that despite a rough, dishonest and brutish campaign – Ponta would triumph. This belief fed into the public narrative: “This would never be tolerated in a civilized country”.

The two faces of Romania

The stated objective of Ponta’s campaign was to unify Romanians after ten years of political and social division, fueled by Basescu. In the end, the campaign underlined existing divisions, including the polarization of young and old; rural and urban; rich and poor; Western and Eastern Romania.

The media did much to fuel these divisions. Some Romanian TV channels came out heavily in Ponta’s favour and were biased to a degree that would have made Ceausescu blush. In response to public dissatisfaction with the media’s lack of objectivity, people – particularly young people – used social media en masse as a way to mobilise support and exchange information. This mobilization had very negative consequences for Ponta, drumming up support for Iohannis.

In a final, fatal blow to the establishment candidate and the status quo, there was widespread anger at the manner in which expatriate citizens were treated. Despite a growing Romanian diaspora of about 4 million people, the electoral law has not been changed to permit voting by post or electronically.

In addition, the process was beset by poor organization and prohibitive bureaucracy. In the first round Romanians living, working, studying or simply travelling abroad had to queue for hours outside embassies and consulates, and thousands of people were unable to vote before the polls closed. Despite street protests in Romania, the late resignation of the Foreign Minister the same problems occurred in the second round.

The result? The number of diaspora votes more than doubled compared to the first round, reaching almost 400.000. Catastrophically for Ponta, 87 per cent of the expatriate vote went to Iohannis.

The 2014 presidential elections in Romania underlined some of the remaining flaws in democratic process common to many post-communist European states.

Crucially though, the result also stunned politicians, analysts, the media and institutions. The power of a maturing civic ethos among the people was remarkable. The election was defined by poor candidates, but also by a genuine national conversation on democratic ideals and the future of the country. The people rejected cynicism, the politics of destruction, dishonesty and a biased press.

The message is clear for Romanian politicians: stop trying to manipulate, accept change and complement the democratic ethos with a consolidated democratic system. The people have demonstrated their power. The astute politicians will be sure to listen.

Marius has recently submitted his PhD at Queen Mary University of London. His research focuses on the adoption of a multiethnic liberal-democratic model of governance in post-independence Kosovo, and the general challenge for contemporary state building to secure unity, accommodate diversity and protect minority rights. He also teaches International Relations for QMUL's School of Politics and International Relations, and work as a distance learning consultant.