A book by renowned scholar and author Professor Quentin Skinner offers a fascinating new perspective on some of William Shakespeare’s most studied works. 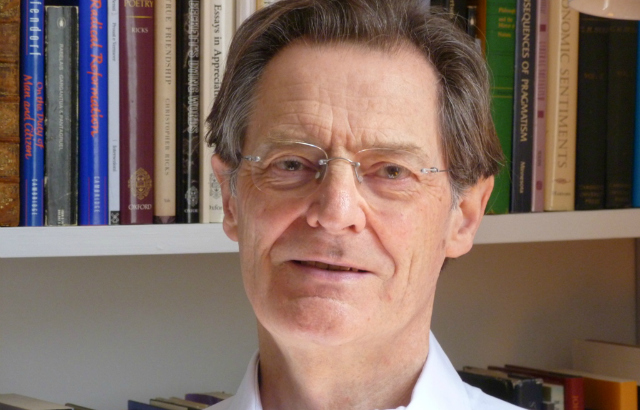 In Forensic Shakespeare Professor Skinner makes the case that Shakespeare draws on classical theories of judicial rhetoric, and that this accounts for certain distinctive features of his vocabulary, as well as explaining why certain scenes follow a recurrent pattern.

He also expands our understanding of Shakespeare’s reading by demonstrating his intimate knowledge of several rhetorical texts.

“The subject of this book has been a source of fascination to me for many years. While there have been a great many studies of Shakespeare’s rhetoric, most of these have focused on wordplay and figurative language. This book takes a different perspective. It shows that Shakespeare adopts the classical view that the art of rhetoric teaches us how to argue, and especially how to construct a persuasive judicial case in accusation or defence," says Professor Skinner.

Professor Skinner focuses on the narrative poem Lucrece, on four of Shakespeare’s late Elizabethan plays (Romeo and Juliet, The Merchant of Venice, Julius Caesar, and Hamlet), and on three early Jacobean dramas (Othello, Measure for Measure, and All’s Well That Ends Well).

According to Professor Skinner, Shakespeare’s use of judicial rhetoric accounts for the frequent similarities of tone in these texts, many of which were previously described as ‘problem plays’.

“With this book, I am trying to identify some of the sources that Shakespeare used in order to get his imagination on the move. I am not primarily concerned with interpretation or with passing judgement on the merits of particular texts. Rather I seek to explain why the works I cover possess and share such distinctive characteristics,” says Professor Skinner.

"I’m also pleased that I’ve made what I think are some smaller-scale discoveries. For example, I offer a revised dating for All’s Well That Ends Well, and I certainly think I’ve solved the puzzle about why Hamlet calls Polonius a fishmonger."

Forensic Shakespeare is published by Oxford University Press, and is based on Professor Skinner’s Clarendon Lectures in English.

Quentin Skinner is the Barber Beaumont Professor of the Humanities at Queen Mary University of London. He is a Fellow of the British Academy and the Academia Europaea, and a foreign member of the American Academy of Arts and Sciences, The American Philosophical Society, the Accademia Nazionale dei Linncei and other national academies.

His scholarship, which is available in more than twenty languages, has won him many awards, including the Wolfson Prize for History in 1979, a Balzan Prize in 2006 and the Bielefelder Wissenschaftspreis in 2008.  He has also been the recipient of honorary degrees from many leading Universities, including Chicago, Harvard and Oxford. His two-volume study, the Foundations of Modern Political Thought (1978), was listed by the Times Literary Supplement in 1996 as one of the hundred most influential books published since World War II.

His other books include Machiavelli (1981), Reason and Rhetoric in the Philosophy of Hobbes (1996), Liberty before Liberalism (1998), Hobbes and Republican Liberty (2008), and a three-volume collection of essays, Visions of Politics (2002). He has also edited and contributed to more than a dozen other books.