The earliest human footprints outside of Africa have been uncovered, on the English coast, by a team of scientists led by Queen Mary University of London, the British Museum and the Natural History Museum. 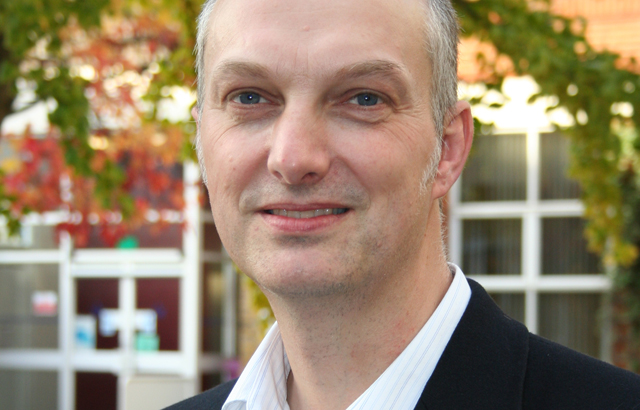 Up to five people left the series of footprints in mud on the bank of an ancient river estuary over 800,000 years ago at Happisburgh in northeast Norfolk.

Dr Simon Lewis from Queen Mary’s School of Geography has been helping to piece together the geological puzzle surrounding the discovery - made in May 2013 - which is evidence of the first known humans in northern Europe.

Dr Lewis’s research into the geology of the site has provided vital information on the sediments in which the prints were found. “My role is to work out the sequence of deposits at the site and how they were laid down. This means I can provide a geological context for the archaeological evidence of human occupation at the site.”

A lecturer in physical geography, and co-director of the Happisburgh project, Dr Lewis added that the chance of encountering footprints such as this was extremely rare; they survived environmental change and the passage of time.

Timing was also crucial as “their location was revealed just at a moment when researchers were there to see it” during a geophysical survey. “Just two weeks later the tide would have eroded the footprints away.”

“At first we weren’t sure what we were seeing,” explains Dr Nick Ashton of the British Museum “but as we removed any remaining beach sand and sponged off the seawater, it was clear that the hollows resembled prints, and that we needed to record the surface as quickly as possible.”

Over the next two weeks researchers used photogrammetry, a technique that can stitch together digital photographs to create a permanent record and 3D images of the surface. It was the analysis of these images that confirmed that the elongated hollows were indeed ancient human footprints.

In some cases the heel, arch and even toes could be identified, equating to modern shoes of up to UK size 8. While it is not possible to tell what the makers of these footprints were doing at the time, analysis has suggested that the prints were made from a mix of adults and children.

Their discovery offers researchers an insight into the migration of pre-historic people hundreds of thousands of years ago when Britain was linked by land to continental Europe.

At this time, deer, bison, mammoth, hippo and rhino grazed the river valley at Happisburgh. The land provided a rich array of resources for the early humans with edible plant tubers, seaweed and shellfish nearby, while the grazing herds would have provided meat through hunting or scavenging.

During the past 10 years the sediments at Happisburgh have revealed a series of sites with stone tools and fossil bones; this discovery is from the same deposits.

The findings are published in the science journal PLOS ONE.

The work at Happisburgh forms part of a new major exhibition at the Natural History Museum Britain: One Million Years of the Human Story opening on February 13.