Universities are in danger of diminishing their place in society by neglecting the interests of lower paid workers, says Jane Wills, Professor of Human Geography at Queen Mary University of London. 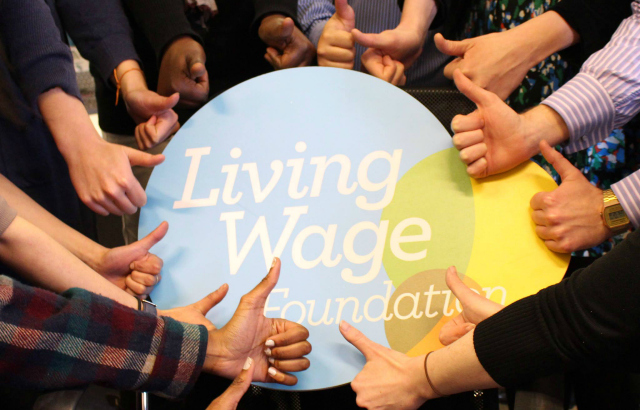 Professor Wills made her remarks in advance of an event at Oxford University, at which she will make the case for the universal adoption by universities of the living wage. The event forms part of Living Wage Week, an advocacy and awareness campaign from the Living Wage Foundation.

“Given the history of higher education’s contribution to society– in relation to teaching, research and civic life – the living wage is an idea that should fit easily with our shared values. Values are meaningful only when they are demonstrated. In this case that means a decent wage for our cleaners, caterers and security staff,” said Professor Wills.

“Many of the people who keep our universities going are paid little more than the national minimum wage, which in many cases is barely enough to live on. This has a negative impact on individuals, families and society - the cost of in-work tax credits and housing benefit to support poorer working families now exceeds £30 billion a year.”

QMUL was the first university in the UK to become a living wage campus.  In 2007 the university agreed to pay every staff member at least the London living wage.

“Queen Mary went further than any other organisation when it decided to move its entire cleaning staff, previously sub-contracted to an agency, back in-house. These measures substantially improved the working conditions for the university’s cleaners,” says Professor Wills.

Alongside improved rates of pay, cleaners at QMUL received new contracts. Previously, most cleaners received a minimum holiday entitlement, and were not entitled to sick pay, pension contributions, or compassionate leave. By January 2008, every staff member at the university – regardless of rank or role – received a basic minimum package of 30 days’ annual leave, access to sick pay, an annually negotiated pay increase and an employer-contribution pension scheme.

Professor Wills says the case for alleviating poverty is even more critical now than in 2008.

“New research from the Joseph Rowntree Foundation shows that the cost of a basket of essential items has risen by 28 per cent over six years, while average wages have increased nine per cent and the minimum wage 14 per cent. In-work poverty is becoming an increasingly prominent feature of our economy and society. Universities could be doing their bit to challenge these trends,” says Professor Wills.

Professor Wills argues that evidence from QMUL and the other accredited employers strongly suggests that the benefits of moving to the living wage outweigh the cost implications.

“Our own research suggests that when universities pay staff properly productivity improves. There is a persuasive business case for paying every worker a living wage, but the issue should not be framed solely in economic or productivity terms. This is about the place of the university in society. It is about staying true to our core values as civic institutions committed to serving society and the public good.”

Living Wage Week takes place during the first week of each November. It is a UK-wide celebration of the living wage and living wage employers. The new UK and London Living Wage rates for 2014-15 will be announced on Monday 3rd November.

More information about the range of events taking place throughout the week is available on the Living Wage Week website.