Professor Michael Kenny has been appointed Director of the Mile End Institute, a major new policy centre at Queen Mary. 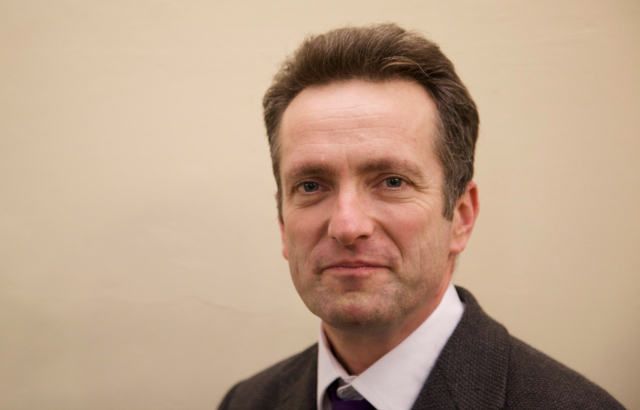 The Institute seeks to build on our growing reputation as a centre of excellence for research in British politics and contemporary British history. Beginning in spring 2015, the Institute will embark on an ambitious programme of research, events, public engagement and policy analysis.

According to the Principal, Professor Simon Gaskell, the Institute will provide “a forum in which the most pressing and pertinent political questions will be debated and addressed”.

“The Mile End Institute will reflect many of the principles that underpin our activity at QMUL: public debate and engagement, intellectual rigour, and the exchange of ideas. The depth of our research expertise in the areas of political science, contemporary history, and international relations, will ensure that ideas are debated not just in the immediacy of the moment, but also informed by relevant historical understanding,” said Professor Gaskell.

The Institute will base its activities around three core objectives: to deepen understanding of some of the major policy challenges facing the UK; to contribute to the critical evaluation of market-led and state-directed forms of policy-making; and to develop a historical approach to the analysis of both governors and governed in British politics.

The Mile End Institute will shortly announce an events programme for 2015. This will include a series of panel discussions, public lectures, thematic discussions, and pre-election debates.

The Institute will also host in 2015 the first annual Lord Peter Hennessy Lecture. The annual lecture was announced as part of Peter Hennessy’s valedictory celebration, which took place at QMUL in October 2014.

Lord Hennessy, who was Professor of Contemporary British Politics at Queen Mary for more than two decades, will act as a senior adviser to the Institute’s Board, whose first Chair will be Professor Morag Shiach, Vice-Principal (Humanities and Social Sciences).

Professor Shiach said: “This new Institute is building in exciting and important ways on our previous work in Contemporary History, Politics and Public Policy and will have the leadership and the cross-disciplinary expertise necessary to tackle the most pressing emerging questions.”

According to Lord Hennessy: “I’m very pleased Michael Kenny has been appointed to lead the new Mile End Institute. I am confident the Institute will build on the pioneering work of the Mile End Group which it replaces.”

“Under Mike’s direction, Queen Mary and the East End of London will be sustaining its fine tradition of involvement in public and political life and the issue of the hour and the era, at a time of fascinating, if not perilous, uncertainty for our country, its politics and its people,” said Lord Hennessy.

The Mile End Institute is jointly housed in the School of History and the School of Politics and International Relations. The 2015 programme of events will be announced alongside the launch of a new website in 2015.

Prior to his appointment at QMUL, Michael held posts at Queen’s University, Belfast, the College of William and Mary in the US, and University of Sheffield, where he served as Head of Department.

He was a founding editorial board member of the journal New Political Economy, serves on the boards of Political Quarterly, Juncture, Contemporary Political Theory, Global Politics and Open Political Science, and was one of the co-editors of the Oxford Handbook of British Politics. He is a member of the Leverhulme Trust’s Advisory Board.

He has published widely in the history of political thought, British politics and political history. His latest book is The Politics of English Nationhood, published by Oxford University Press, a wide-ranging account of the renewal of English national consciousness in the last two decades, and of the increasingly important public policy implications of this trend. In 2014, Michael was appointed the inaugural Director of the Mile End Institute.