Two recent graduates from Queen Mary University of London (QMUL) are amongst ten young people to be named ‘Rising Stars’ in an annual celebration of the achievements of black students in the UK. 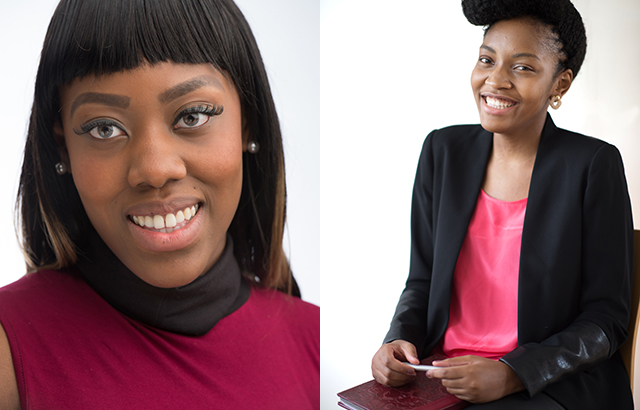 Sinead Rose and Tapiwa Chumbu were chosen by a panel of judges, including Trevor Phillips OBE, Jean Tomlin OBE and David Lammy MP, in recognition of their focus, drive and excellence.

Rare Rising Stars, which is now in its sixth year, is run by diversity specialist recruitment firm Rare, and sponsored by Barclays, Slaughter and May and Thomson Reuters.

The Rare Rising Stars 2014 were unveiled in front of a capacity crowd at the Palace of Westminster on Thursday 10th July.

Sinead Rose (BA Spanish and Business Management, 2014) grew up in Battersea, South-west London. Identified as a ‘Gifted and Talented’ pupil by her school, she learnt Spanish and Russian, took up the cello and became involved with Young Enterprise challenges.

As part of the programme, Sinead and a classmate formed a publishing company called Inspiranation, which focussed on tackling social issues such as political apathy and the lack of role models for their peers.

One book, Why Vote?, saw them interview almost 400 MPs on the importance of political participation. David Cameron, Nick Clegg and Gordon Brown each purchased a copy of the book in support. Inspiranation was awarded ‘Best Company Report’, ‘Best Company Trade Stand’, ‘Best Financial Reporting’ and ‘Best Company in Kensington and Chelsea’ in the Young Enterprise competition.

As a Global Fellowship Ambassador for the British Council, Sinead was flown to Brazil where she conducted research on the impact of globalisation upon Brazilian culture, the problems posed by language barriers and the positive impact of global unity.

Whilst in the final year of her degree, Sinead passed her Certificate in Mortgage Advice and Practice (CeMAP) in just one semester, even though it usually takes up to a year to complete. She now runs an online workshop giving mortgage advice to university students and works part-time as a mortgage broker.

Sinead has caught the eye of Google and will soon move to Dublin to work as an Associate Account Strategist, helping growing enterprises improve their online presence and strategy. In the long term, she also plans to return to entrepreneurship in women’s fashion.

Tapiwa Chumbu (LLB Law, 2014) was born and raised in Zimbabwe, where she launched a school debating club, despite restrictions on black pupils forming societies. Without the support of staff, she went on to train the debating team herself to great success, winning national heats, a continental competition in Botswana, and achieving a respectable fourth place finish in the international final in Italy.

After achieving the highest A-Level grades in Zimbabwe for her school cohort, Tapiwa joined QMUL, where she transformed the African and Caribbean Society and was awarded for her contribution to the university.

Tapiwa has also proven herself to be a successful entrepreneur – making £6,000 profit from a retail venture selling clothes on Facebook to cover her living expenses whilst studying. She is also committed to charity work.

Her sister was recently diagnosed as being autistic and Tapiwa is now pouring her energy into a range of exciting initiatives to raise awareness of autism. These include preparing to return to Zimbabwe this summer to shoot a documentary called ‘Our Hidden Children’, and launching an autism charity.

Tapiwa’s sister is currently training as a chef, which has transformed her quality of life. Tapiwa hopes to help others experience this positive change by setting up her own college, and her ultimate aim for the project is to open a salon in Zimbabwe staffed exclusively by autistic hair stylists.