Power, royalty and the smile revolution

What's in a smile? Colin Jones, Professor of History at Queen Mary University of London, writes about royal teeth, power, and the smile revolution. 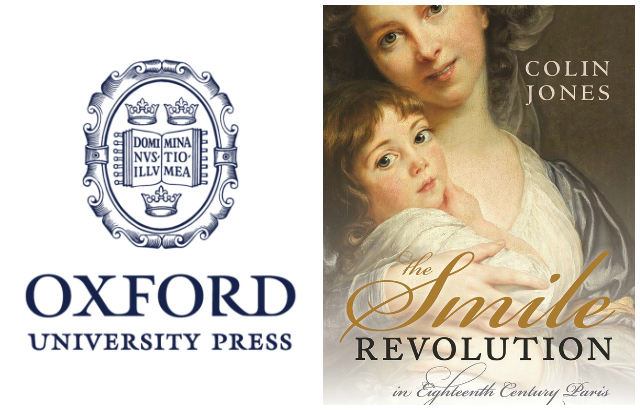 Much of the comment on the official photographic portrait of the Queen released in April this year to celebrate her 88th birthday focussed on her celebrity photographer, David Bailey, who seemed to have ‘infiltrated’ (his word) the bosom of the establishment. Less remarked on, but equally of note, is that the very informal pose that the queen adopted showed her smiling, and not only smiling but also showing her teeth.

It is only very recently that monarchs have cracked a smile for a portrait, let alone a smile that revealed teeth. Before the modern age, monarchs embodied power – and power rarely smiles. Indeed it has often been thought to be worrying when it does.

Prime Minister Tony Blair’s endlessly flashing teeth caused this powerful statesman to trigger as much suspicion as approval. The negative reaction was testimony to an unwritten law of portraiture, present until very recently in western art. According to this, an open mouth signifies plebeian status, extreme emotion, or else folly and licence, bordering on insanity. As late as the eighteenth century, an individual who liked to be depicted smiling as manifestly as Tony Blair would have risked being locked up as a lunatic.

The individual who broke this unwritten law of western portraiture was Louise Élisabeth Vigée Le Brun whose charming smile –- at once twinklingly seductive and reassuringly maternal – was displayed at the Paris Salon in 1787. It appears on the front cover of my book, The Smile Revolution in Eighteenth-Century Paris.

The French capital had witnessed the emergence of modern dentistry over the course of the century – a subject that has been largely neglected. In addition, the city’s elites adopted the polite smile of sensibility that they had learned from the novels of Samuel Richardson and Jean-Jacques Rousseau. Madame Vigée Le Brun’s smile shocked the artistic establishment and the stuffy court elite out at Versailles, who still observed tradition, but it marked the advent of white teeth as a positive attribute in western art.

Yet if Vigée Le Brun’s example was followed by many of the most eminent artists of her day (David, Ingres, Gérard, etc), the white tooth smile took much longer to establish itself as a canonical and approved portrait gesture.

Men of power and Queen Victoria

The eighteenth century’s ‘Smile Revolution’ aborted after 1789. Politics under the French Revolution and the Terror were far too serious to accommodate smiles. The increasingly gendered world of separate spheres consigned the smile to the domestic environment. And for most of the nineteenth century, monarchs and men of power in the public sphere, following traditional modes of the expression of gravitas, invariably presented a smile-less face to the world.

Probably the first reigning monarch to have a portrait painted that revealed white teeth was Queen Victoria. This may seem surprising given her famous penchant for staying resolutely ‘unamused’.

However in 1843, she commissioned the German portrait-painter Franz-Xaver Winterhalter to paint a delightfully informal study that showed the twenty-four year-old monarch reclining on a sofa revealing her teeth in a dreamy and indeed mildly aroused smile. Yet the conditions of the portrait’s commission showed that the seemly old rules were still in place. For Victoria had commissioned the portrait as a precious personal gift for her ‘angelic’ husband, Prince Albert.

What she called her ‘secret picture’ was hung in the queen’s bedroom and was not seen in public throughout her reign. Indeed, its display in an exhibition in 2009, over a century after her death, marked only its second public showing since its creation. This was three years after Rolf Harris’s 2006 portrayal of the queen with a white-tooth smile, a significant precursor to David Bailey’s photograph.

If English monarchs have thus been late-comers to the twentieth-century smile-fest, their subjects have been baring their teeth in a smile for many decades.

As early as the 1930s and 1940, the practice of saying ‘cheese’ when confronted with a camera became the norm. Hollywood-style studio photography, advertising models and more relaxed forms of sociability and subjectivity have combined to produce the twentieth century’s very own Smile Revolution.

So it is worth reflecting whether the reigning monarch’s early twenty-first century acceptance of the smile’s progress will mark a complete and durable revolution in royal portraiture. Seemingly only time – and the Prince of Wales – will tell.

Colin Jones is Professor of History at Queen Mary University of London. He has published widely on French history, particularly on the eighteenth century, the French Revolution, and the history of medicine. His many books include The Medical World of Early Modern France (with Lawrence Brockliss, 1997), The Great Nation: France from Louis XV to Napoleon (2002), and Paris: Biography of a City (2004: winner of the Enid MacLeod Prize). He is a Fellow of the British Academy and Past President, Royal Historical Society. His latest book is The Smile Revolution in Eighteenth-Century Paris, published by Oxford University Press.