Politics: It’s time to talk about quotas for men

Dr Rainbow Murray of QMUL's School of Politics and International Relations argues that it is time to "reframe gender quotas as quotas for men." 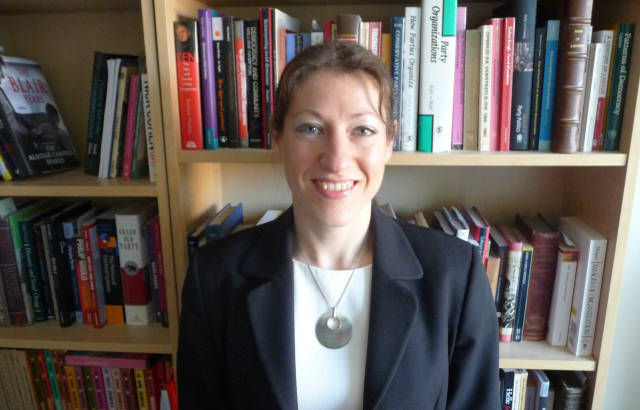 When we talk about “gender quotas”, what we really mean is quotas for women. We see the under-representation of women as the problem that needs fixing.  So we try to explain why there aren’t more women in politics, then look at measures to boost women’s representation.  The result is that women are subjected to intense scrutiny and suspicion.  Is it appropriate to select candidates based on sex rather than merit, and do we risk replacing competent men with incompetent women?

Conventional arguments are misguided because they assume that the current system is a meritocracy, which in fact is not the case.  We overlook the problems caused specifically by having too many men, and do not subject men to the same scrutiny that women face.  Yet we know that women face many barriers to entering politics, including discriminatory attitudes and sexist media coverage.  If the playing field isn’t really level then men enjoy an unfair advantage.

There is no evidence to support the notion that men are naturally superior in their ability to represent others.  But if men are not naturally better at politics, then the political talent pool should be fairly evenly divided between the sexes.  If men make up 50 per cent of the talent pool, but 80 per cent of those elected, clearly meritocracy is not working.  So instead of gender quotas giving an unfair ‘leg-up’ to mediocre women, they might actually allow in the talent that is currently being blocked out by the mediocre men, who benefited from preferential treatment based on their sex.  Hence, they might enable us for the first time to select candidates based on merit rather than sex – the exact opposite of what their detractors fear.  Instead of restricting political opportunities to a small sub-section of society – mostly rich white men – we would be making more efficient use of the whole of the nation’s talent pool.

It is time to reframe gender quotas as quotas for men. We should introduce quotas to limit the number of men in power, ensuring that only the best and brightest of both sexes prevail.  This would mean placing much more scrutiny on the credentials of men, rather than taking their competence for granted.  To achieve a true meritocracy we also need more effective and meaningful criteria for judging merit. The current criteria are woefully inadequate, deeply subjective and frequently manipulated to favour male insiders.  How about starting with a proper job description and person specification for MPs so that we can measure candidates against more transparent and objective criteria?  This would make it easier for outsiders - such as women and ethnic minorities - to demonstrate their worth.  It would also ensure that the reduction of men‘s share of seats down to proportionate levels would be done as fairly as possible.

One additional advantage of quotas for men is that they would prompt us to think more about how men are represented in politics.  There is a lot of research on “women’s issues” and women’s interests, but it is taken for granted that men’s needs are met because there are so many men in politics.  But as with merit, we may be too complacent in our belief that the current system is working.  The aggressive masculinity that dominates political environments is off-putting to a lot of men as well as women, and it can keep important issues off the agenda if they are seen as too sensitive or embarrassing. Having a better gender balance would benefit both sexes if it makes politics more inclusive for men too.  And having a political class based on talent rather than privilege, representing all rather than just some, would raise the quality of representation for everybody.

Dr Rainbow Murray is an Associate Professor of Politics at Queen Mary University of London. She tweets at @rainbowmurray. This article is based on a paper, entitled ‘Quotas for Men? Reframing Gender Quotas as a Means of Improving Representation for All’, published this month in the American Political Science Review.