Professor of the History of Modern Medical Sciences Tilli Tansey OBE has been elected as an Honorary Member of the Physiological Society for her contributions to the advancement of physiology. 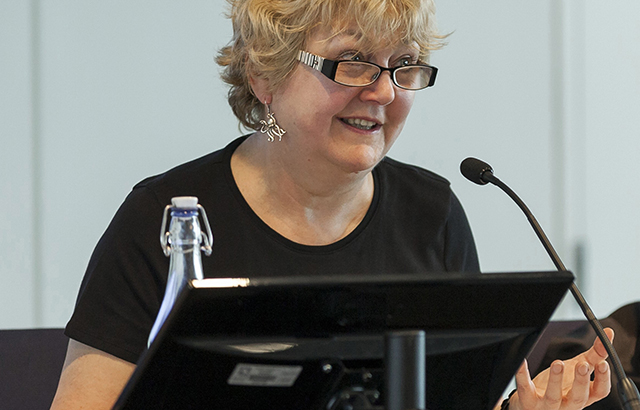 Professor Tansey, from Queen Mary University of London’s School of History, was recognised for her role as the Physiological Society’s Honorary Archivist, and for her work on the Makers of Modern Biomedicine project at QMUL.

Charles Darwin and the pioneering anatomist and physiologist William Sharpey were the first Honorary Members when the Society was founded in 1876.

The Physiological Society awards Honorary Membership to individuals who are ‘persons of distinction in science who have contributed to the advancement of physiology or to the work of The Society’.

Professor Tansey leads the History of Modern Biomedicine Research Group at QMUL, which produces an extensive body of freely available material on the history of recent biomedicine, through interaction with healthcare professionals and historians.

Funded by a Strategic Award from the Wellcome Trust, the Group are recording oral testimonies from people who have made a significant contribution to the legacy of modern biomedicine, focusing on clinical genetics, neuroscience, global health and infectious diseases, medical technologies and ethics in research and practice.

To find out more about the Physiological Society, visit www.physoc.org.