Our groaning global energy system leaves us all vulnerable

In this article, Rafael Leal-Arcas, of QMUL’s Centre for Commercial Law Studies (CCLS), argues that our system of global energy governance is ad hoc and in need of reform. 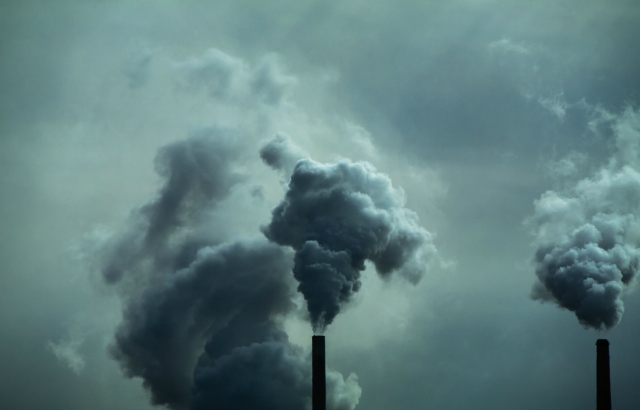 Energy security and the sustainability of supply remain among the most critical issues of this generation.

Global energy governance is about making and enforcing rules about how we supply, trade and consume energy. Often perceived as an arcane subject, it nevertheless affects a bewildering array of daily tasks and experiences, from the cost of filling your tank, to how much the government will need to set aside for fuel allowance payments. It can change behaviour through incentivising conservation of natural resources, and it can also cause major economic and diplomatic disputes.

At all levels – global, national, and individual - we need energy security. It is the mainstay of our economy, and the disruption of supply has had profound effects on borders, leaders, earnings and cities. But our fragmented and disjointed system of energy governance prevents the formation of a coherent energy policy.
For the United Kingdom, our interests are bound up with our European partners.

The European Union – which consumes twenty per cent of the world’s energy – faces a monumental challenge in its efforts to diversify supply, invest in renewables, and increase energy independence through, for instance, investment in renewables. With ever increasing demand, and a corresponding insecurity of supply, it is a challenge that must be met.

So then, if this is the challenge – is the global energy economy, and particularly that of the EU, fit for purpose?
To answer this question, one needs to appreciate the complex and often chaotic patchwork of policies and agreements which dictate countries’ production of, and access, to energy.

While we, as consumers, take such a basic concept as access to energy for granted, such access is governed by a phenomenally complex array of rules and interests and is therefore extremely vulnerable to shocks and disruption.
Despite some overlaps between institutions and regimes involved in energy trade governance, significant gaps emerge upon a closer examination of the existing system. The agreements which ensure our supply are many, varied and complex. Some are bilateral between neighbours or partners, others are based on regional links and cooperation, while many are dictated by historical ad hoc agreements.

For example, the World Trade Organization (WTO) provides governance over trade within its scope, including over energy trade. In other words, the WTO does not handle energy commodities any differently from other tradable goods, so it governs energy trade by default rather than design.

Another example is the Energy Charter Treaty (ECT), whose principal concerns surround the investment protection and trade aspects of energy between contracting States. For instance, when an oil company invests in a country to build a gas pipeline in order to transport gas to several countries, the ECT serves as a legal instrument to protect the investor. Many other institutions exist that provide degrees of governance over aspects of trade in energy at the inter-State level. This patchwork of institutional and regime-based management amounts to a sort of ‘accidental’ energy trade governance.

Interests rather than friends

Meanwhile, energy arrangements between sovereign states illustrate the oft-quoted maxim that ‘countries have no friends, only interests’. Even where there  is a high degree of collective power, such as the European Union, efforts to ensure broad energy security for all member states are frequently undermined and threatened by diplomatic crises, price shocks, and the very different needs of, for instance, Finland vis a vis Ireland.

For the most part, international law is not well equipped to handle interstate energy governance issues fully. This legal deficiency affects energy security negatively. If the currently fragmented and multi-layered interstate energy governance regime were streamlined for greater legal cohesiveness and international political and economic cooperation, it would ensure far greater energy security.

The fragmented energy governance system affects the conservation of oil resources and restricts its protection. A good illustration is the fact that large energy reserves have recently been discovered in the Levant Basin, where considerable amounts of gas reserves have been found in the exclusive economic zones (EEZ) of Lebanon, Cyprus and Israel. Lebanon and Israel are both net energy importers and suffer from energy security problems.

Whereas Israel suffers from recent gas supply disruptions, Lebanon has been suffering for years from energy shortage, predominantly in the electricity sector. Given the energy dependence and insecure energy sectors of Lebanon and Israel, the recent energy discoveries are considered promising sources of economic opportunities and energy security for both countries.

A complex conflict has emerged between Lebanon and Israel pertaining to the delimitation of their economic zone boundaries, namely a specific ‘overlapped’ and disputed area. The settlement of this maritime dispute presents a variety of complications, including legal challenges that are crippling the exploitation of the energy reserves situated within the disputed area.

It would facilitate energy flows, avoid unnecessary legal disputes and provide a much higher degree of predictability. There is potential to incorporate energy-efficient provisions within regional and multilateral agreements; there are trade incentives to better manage competition and invest in technologies such as up-to-date energy grids; and possibilities for exporting cutting-edge technologies through trade and bilateral cooperation agreements.

It is in everyone’s interest to diversify energy sources and supply channels, as well as increase energy efficiency by promoting more sustainable practices and greater energy market integration.

We should identify the reasons why this is the case.

The EU is currently unable to act the way a sovereign actor such as China or the US would in promoting their energy security. For the EU, therefore, improving energy security will involve taking regulatory and policy measures that address this reality.

Rafael Leal-Arcas is Reader in Law and the Deputy Director of Public Engagement at the Centre for Commercial Law Studies (CCLS). He teaches, and is the convenor of, the courses International Economic Law and the External Relations Law of the European Union in the LLM programme. In addition, he teaches International Investment Law and Policy and Climate Change Law and Policy in the LLM programme.

In 2011-2013, he served as a Marie Curie COFIT Senior Research Fellow at the World Trade Institute (University of Bern) in the framework of the EU FP7 research fellowship programme. Rafael is the author of more than 110 scholarly publications on international trade and WTO law, climate change law, EU law, international investment law, international energy law and governance, and the interaction among them.