Dr Tessa Wright, Senior Lecturer from QMUL's School of Business and Management, reflects on the success of the Women into Construction project. 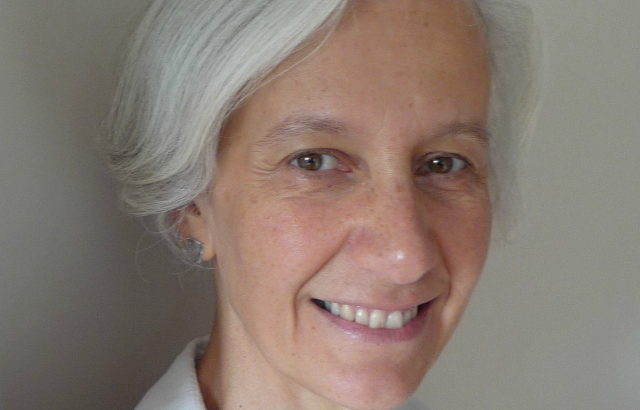 Despite regular calls for action, the construction industry remains stubbornly and overwhelmingly male. Employers’ attitudes have been slow to change, and progress in terms of recruitment and retention has been thin on the ground. Women account for just one per cent of craft and trades occupations in the UK, and 11 per cent of those in the construction professions.

Women’s underrepresentation is not just an equality issue, though. There is a growing recognition - particularly in the context of a skills shortage - that the construction sector needs to be much more imaginative in terms of how it recruits and retains talent. Similarly, contractors are starting to see a competitive advantage in encouraging a diverse workforce, with housing associations and local authorities now offering rewards for good performance in this area.

Despite the slow progress, there are reasons to be hopeful.

I’ve seen this first hand in the context of my recent report on the Women into Construction project, an initiative which was first established in 2008 to provide opportunities for women to work on the Olympic Park.

The results of this project have been very impressive indeed. Over the last six years, it has provided work placements for more than 450 women, and has secured construction jobs for 200 women across London. The vast majority of women who gained work through the project were previously unemployed. All this was achieved with only two full-time project managers, funded by the industry through the CITB with the support of Be Onsite, the charitable arm of Lend Lease.

So, what worked with the Women into Construction project?

From speaking with employers and the women who participated, I believe that a crucial element in its success has been in addressing the demand side of the equation: contractors. The project has built an extensive network of 52 contractors, who offer women work experience placements and job opportunities. Building these relationships has helped to provide women coming through the project with the chance to “get a foot in the door” and demonstrate their capabilities.

As part of my research, I spoke with many well-qualified women who told me that they had spent months, or even years, fruitlessly sending out CVs and applications. One beneficiary of the project, environmental engineer Bukky Olose, said: “If it wasn’t for Women into Construction, I wouldn’t have the job I have today. I looked for work for years, I had all the qualifications in engineering and I couldn’t get my feet into anywhere.”

Previously, the women I spoke with reported the classic catch-22 situation: qualifications but no work experience. Many felt that their gender made it even less likely that employers would “take a chance on them.”
The Women into Construction project helped to break this cycle through engaging with employers and contractors directly; and setting up work placements as a ‘test-run’. While participants are not paid in this initial phase they do receive travel, lunch and childcare expenses from the project.

I spoke with a Senior Project Manager at a construction company, who told me that the project’s success is based on delivering that all-important site experience.

“I’m very pro helping people develop their careers, whether it be a graduate, undergraduate or someone through Women into Construction. It doesn’t matter, it’s actually about embracing someone who’s in the early stages of their career who needs development and training and needs to be brought up. And to gain the experience, they’re only going to gain it if they’re actually on site or working within a team or working within the environment and getting the exposure.”

The employers I interviewed valued these trial periods of between six and 13 weeks – described by one manager as like an “extended interview”. In many cases, at the end of the placement women were offered an apprenticeship or a job. The business benefits were clear to one painting and decorating contractor: “Women into Construction have invested in these women and they’re bringing to the market people who are ready, partly trained, willing to work, and have the right attitude.”

Project Manager Kath Moore saw that the placement experience changed minds amongst contractors, who were previously disinclined to recruit women: “It’s a slow change but there is kind of no other way.”

The Women into Construction project has demonstrated considerable success in a relatively short period. The project is highly adaptable, and could be extended to other national and regional construction projects. It provides an opportunity to align equality and diversity objectives with the economic and business needs of employers, as well fulfilling corporate social responsibility commitments.

As the tentative economic improvement takes hold, it is projects like this – delivered across the UK – which can help to secure a sustainable economic future for the industry and finally shift its gender balance.

Dr Tessa Wright is Senior Lecturer in Human Resource Management at Queen Mary University of London. Dr Wright is based at the School of Business and Management.