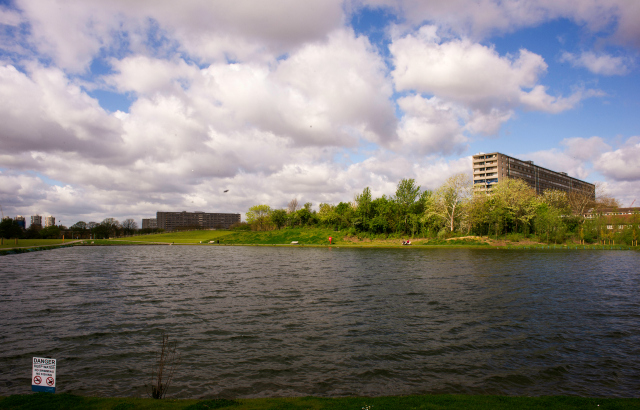 As illustrated by the ‘The Cheesegrater’, ‘The Walkie Talkie’ and ‘The Can of Ham’, there has been a recent penchant for nicknaming high-rises. The latest names were precipitated by newspaper reports over the summer that almost 250 new high-rises are currently in the planning pipeline for London, with 80 per cent of these residential.

News about a future high-rise London tends to be followed by public debates about whether they should be built. This summer was no different. The month long London Festival of Architecture opened with the panel discussion ‘Does London need more tall buildings?’ Writing for the Guardian, author Will Self wrote an entertaining piece about the dubious financial underpinnings of London’s impending high-rise boom. Even I found myself on a panel organised in central London.

Problems with the public debate

Rather than add another opinion on whether high-rises should be built, I’d like to make three critical observations on how the public debate has tended to play out over the years. The first is that commentators have tended to ignore the diversity of high-rise. Like ‘low-rises’, there are many different types: offices, residential, private, luxury, state owned, new, old, and alternative management types and architectural styles.

Not recognising this diversity creates problems because commentators often end up making generalisations about ‘high-rise’ from specific types. It also means that panel debates regularly talk at cross-purposes. One person’s conclusions may be based on luxury high-rises involving foreign investment, while someone else’s may be only relevant to modernist low-income high-rises.

The second is that there’s a tendency to focus on the ‘spectacular’. The high-rises that receive attention are the new high-rises for London’s ‘elites’, the worst ‘dystopian’ modernist low-income high-rises or those due for demolition and gentrification. It is, of course, right that the high-rise debate involves these, but the numerous more ‘ordinary’ high-rises tend to be left out. When I was doing my PhD research, I found that around 60 per cent of inner London’s high-rises were non-spectacular, ‘okay’ and mundane. Acknowledging this puts a different perspective on the debate.

The third is that ‘old’, and arguably out-dated, arguments about the residential high-rise continue to be significant. Evoked by JG Ballard’s book High-Rise, commentators sometimes see the high-rises’ design as sinister, resulting in deviance, isolation and slums. This has origins in academic literature, for example in the 1970s US sociologist Oscar Newman argued that crime is more likely in high-rises because of their ‘indefensible’ shared spaces.

However, this is a complicated debate. Newman was heavily criticised by some academics arguing for a relationship between deviance and poverty and racial oppression, not design. More recent research is exploring how social behaviour is the result of interactions between design and social factors, like class, race and personal biography. Although this argument is not resolved, the public debate needs to resist reducing high-rise problems to more simple explanations.

The high-rise as home

This is not to say that academic research on the high-rise is beyond reproach. There was much research in the 1970s-80s, mainly using quantitative methods to explore problems in the buildings. Following a lull, more work has begun to emerge over the last decade. However, there has still been a tendency to focus on the high-rises’ shared spaces, such as corridors, lifts and stairwells.

Comparatively little is known about everyday lived experiences, behaviours and relationships in high-rise, especially for high-rise offices. For the residential high-rise, residents’ flats and how high-rise dwellers make home have not been fully explored. This is not just an academic concern, but is important given that many low-income high-rises are now being demolished as part of state-led regeneration projects. It is this kind of research that is being explored through the Centre for Studies of Home, a partnership between QMUL and The Geffrye Museum.

Dr Richard Baxter is a Leverhulme Early Career Fellow, based at Queen Mary University of London's School of Geography and the Centre for Studies of Home.