A community led research project released today (Tuesday 6 May), and authored by a Queen Mary University of London student, analyses the imminent housing crisis in Tower Hamlets and its effect on local citizens. 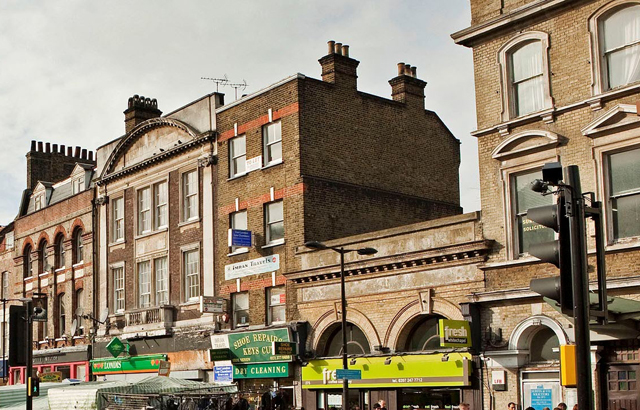 The researchers argue that Tower Hamlets is in the midst of a battle against unaffordable rents, unethical landlords and uninhabitable housing conditions. The report agues that residents of the borough are at the forefront of London's looming housing crisis, facing the brunt of the impact of rising rents and a lack of investment in quality, affordable homes.

The report also provides a list of action points for the consideration of Tower Hamlets Council and the winner of the forthcoming Mayoral elections.

Commissioned by Tower Hamlets Citizens - a local alliance of community groups and institutions, and a branch of national community organising charity, Citizens UK - 22 volunteer researchers from the local area worked in collaboration with the School of Geography at Queen Mary University of London to speak to over 300 households about their living conditions.

Their project, TOWER HAMLETS: A report on the housing crisis in one of London’s most expensive boroughs, was authored by Liam Harney, an MRes student in Geography.

Queen Mary University of London, Professor of Human Geography, Jane Wills said: “The results provide a snapshot of the housing crisis in Tower Hamlets today and what this means for the people who live here.

“The impact of poor quality housing is far reaching affecting residents health, mental well-being and relationships. This is particularly damaging for the most vulnerable groups in our communities such as children and the elderly.”

Based on this research, Tower Hamlets Citizens will be asking the Labour, Independent and Conservative candidates for Mayor of Tower Hamlets to commit to implementing four policy proposals should they win the local elections in May. These are:

Zinebe Maach, Tower Hamlets Citizens leader and volunteer researcher, said: “The report presents the housing situation from the community’s point of view, not to feel sorry for ourselves or to apportion blame, but to prompt our politicians to act.

“The research includes testimony from individuals who demonstrate that this report is about more than statistics, the devastating effect of the housing crisis is crippling local people and denying them the right to create a safe home for their families.”