The History of Modern Biomedicine Research Group has published an anthology of stories behind many of our most important medical discoveries. The publication marks the twenty-first anniversary of the group's inaugural Witness Seminar. 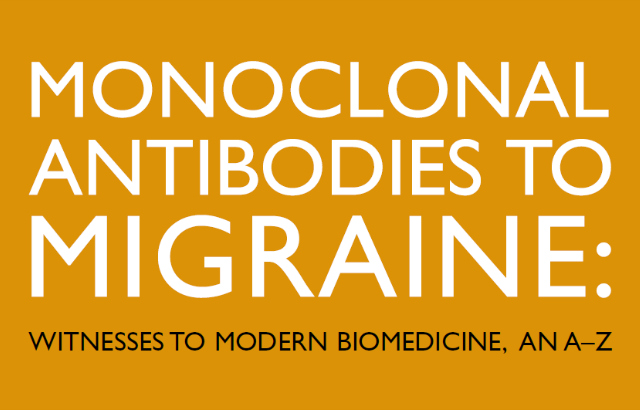 The research group, funded by the Wellcome Trust, was set up in 1990 to develop and strengthen links between members of the biomedical research community and medical historians.

The group’s mission is to promote and facilitate the study of the history of contemporary medicine and medical science. Through its seminar series, the group has explored a diverse range of modern medical issues, including migraine, tobacco control, superbugs, and leukaemia.

To mark its twenty-first year, the group has produced a special volume entitled: ‘Monoclonal Antibodies to Migraine: Witnesses to Modern Biomedicine, an A-Z.’

Sir Mark Walport, Government Chief Scientific Advisor UK, and author of the foreword, said: “Governments around the world obsess about how they can ensure that basic research is turned into human benefit…but if you really want to discover how to innovate, read this volume. This is a master class in how to innovate in medicine.”

Tilli Tansey OBE, Professor of the History of Modern Medical Sciences and head of the research group described the anthology edition as “a remarkable milestone for what began as a modest undertaking.”

“The Wellcome Trust’s History of Twentieth Century Medicine Group held its first Witness seminar twenty one years ago, to examine the events behind the headlines and accolades associated with major medical discoveries. The objective was simple; to hear the voices and perspectives of a wide group of people who were involved in those discoveries. That guiding principle is still at the heart of our work.”

“From that first meeting in 1993, we’ve now organised more than 60 Witness Seminars, attended by more than 1400 people, and most are published as free-to-use transcripts. This book is designed to capture some of those highlights and bring to the fore voices and perspectives that might otherwise have been lost,” said Professor Tansey.

Described by noted medical historian Irvine Loudon as “oral history at its best”, the Witness Seminars continue to tell the stories behind some of the most transformative medical milestones in recent history.

All papers and records collected from 21 years of Witness Seminars are deposited with archives and manuscripts in the Wellcome Library in London. They are also freely available online.