A professor of contemporary performance at Queen Mary University of London has been awarded a 2014 Guggenheim Fellowship. 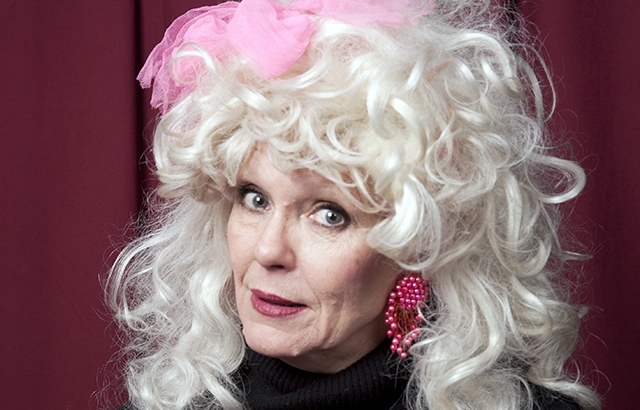 Lois Weaver as Tammy Why Not. Image credit: Christa Holka

Professor Lois Weaver, from the School of English and Drama, is also a performance artist, writer, director, and activist, whose shows have been at the forefront of gay and lesbian arts and culture since the 1980s. She is co-founder of Spiderwoman Theatre, Split Britches Company, and the WOW Theatre in New York, and Artistic Director of Gay Sweatshop Theatre and the AiR Supply Collective in London.

Her research interests include live art, solo performance, feminism, gender, human rights and the relationships between performance and public engagement.

As a Guggenheim Fellow, Professor Weaver has received $52,000 to continue her research on sex and ageing, with a performance-based project entitled, What Tammy Needs to Know about Getting Old and Having Sex.  The show premieres at the La Mama Theatre in New York in November 2014.

“I am deeply honoured to be named a Guggenheim Fellow,” said Professor Weaver, “and thrilled to find myself in the inspiring company of previous recipients such as Elizabeth LeCompte, Suzan-Lori Parks and Maria Irene Fornes.”

The John Simon Guggenheim Memorial Foundation, which makes the awards, receives between 3,500 and 4,000 applications each year. Approximately 200 Fellowships are awarded annually.