A film made by two former Queen Mary University of London students has made its UK debut at the BFI London Film Festival 2014, the UK’s biggest celebration of international cinema. 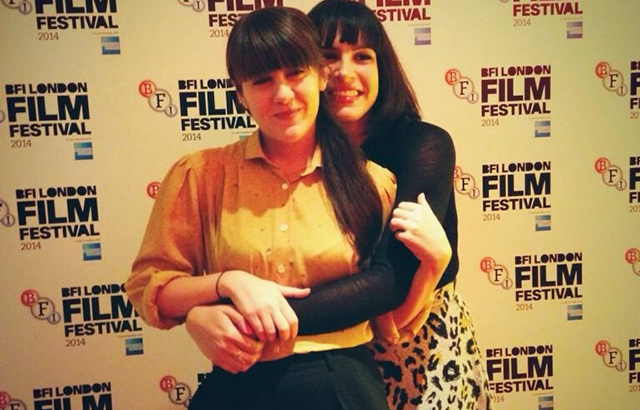 Appropriate Behavior follows a bisexual woman in Brooklyn as she struggles to win back her ex-girlfriend and come out to her Iranian family. It was written and directed by Desiree Akhavan, who also plays the movie’s lead role, and produced by Cecilia Frugiuele.

Desiree and Cecilia have collaborated on several projects after meeting in 2005 whilst studying Film at QMUL’s School of Languages, Linguistics and Film.

Italian-born Cecilia joined QMUL in 2004 as one of the School’s first intake of single honours Film students. She graduated in 2007 after writing her dissertation on post-1968 Italian film.

The daughter of Iranian immigrants, Desiree attended school in the Bronx, New York. She studied theatre and film at Smith College before spending a year at QMUL. After returning to the US, Desiree created the critically acclaimed web series The Slope and completed a graduate directing program at New York University.

Appropriate Behavior received an enthusiastic reception at the Sundance Film Festival earlier in January when it was screened just two days after the film was finished. It was later shown at Los Angeles' LGBT film festival, Outfest and played at the London Film Festival on the 11th and 12th October.

Speaking to the website Indiewire earlier this month, Desiree noted that after meeting Cecilia, she started writing “to make her laugh”.

She advised other directors not to “wait for someone to enable you to make something” while Cecilia suggested filmmakers “just go out and create content no matter what format - something that will allow you to find your voice and set you apart”.

Appropriate Behavior is released in the UK in January 2015. Visit the streaming website to watch the film and for more information.

To find out more about Film Studies at QMUL visit filmstudies.sllf.qmul.ac.uk.