The School of Politics and International Relations (SPIR) at Queen Mary University of London (QMUL) has been awarded for its commitment to gender equality, in an extension of the highly successful Athena SWAN charter. 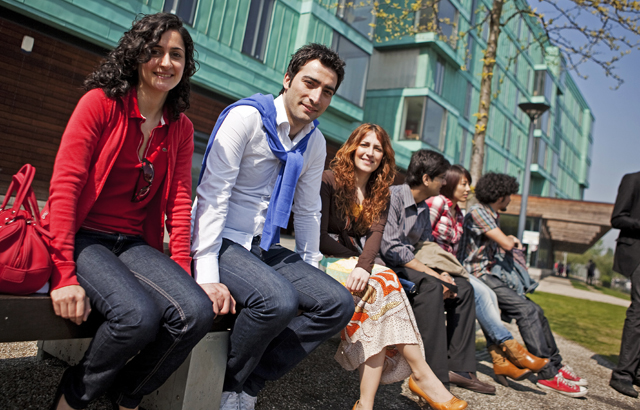 The School has achieved a Bronze Award from the Equality Challenge Unit (ECU) as part of a new programme for the advancement of gender equality in the arts, humanities and social sciences in higher education.

SPIR is one of 17 academic departments across the UK to have achieved a Bronze level in the ECU’s trial gender equality charter mark – the first award scheme of its kind for the arts and humanities.

Bronze level is the first step in the process, showing a strong commitment to specific actions to improve the representation, progression and success of both staff and students.

Head of School and Professor of European Politics Adam Fagan explains: “There is a gender imbalance in Politics and IR across universities, and we know that it is not sufficient to just informally notify female academics about new posts, or include a higher number of women on committees and on recruitment panels.

“We must go considerably further in creating a working environment that is enabling and empowering for existing colleagues, and one that will attract more women to the School.”

An advisory team within the School meets regularly. It has identified several goals, including the development of existing female members of staff through mentoring and leadership; the development of a strategy to recruit and retain female academic staff given long-standing gender imbalances; and more firmly embedding the culture of gender equality within the School.

Upon his appointment as Head of School in 2013, Professor Adam Fagan devised a new workload policy, identifying core expectations, introducing more flexibility, and setting out aspirations and aims for the School’s working environment. The new policy confirms core principles and policies regarding, for example, return to work after maternity leave, and the School’s commitment to allowing staff the maximum time possible for their research and career development.

Several measures have been introduced, including the principle of core hours (Monday-Friday, 10am-4pm) for all school related business and meetings, to ensure that staff with caring roles can be fully involved in School activities.

During a recent phase of expansion, the School focused on recruiting new staff in the areas of International Relations/International Politics - a field of Politics that tends to be particularly male-dominated. The School is actively seeking to redress this imbalance, and welcomes the arrival of a newly appointed female professor.