International media experts, entrepreneurs, film makers and activists will explore media piracy as a political and social act at a Queen Mary University of London symposium on Tuesday 17 June. 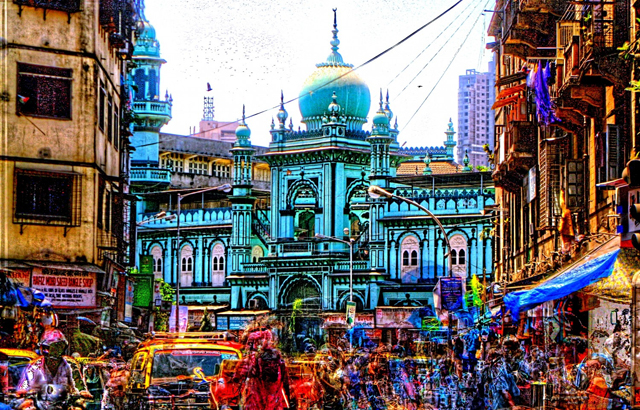 The event forms part of the AHRC Network project Bazaar Cinema, conducted in collaboration with the Tata Institute of Social Sciences in Mumbai

In an era where more than 2.3 billion files are downloaded across peer-to-peer networks every month, the event – which is free and open to students, staff and the public - takes a fresh look at ‘cultures of copying’ in the creative industries and academia.

Media creators, digital activists, hackers, researchers and ‘everyday tinkerers’ will discuss the moralism of copyright and the move toward a vibrant and participatory digital commons.

The day’s talks include: Alexandra Kapka (University of Ulster) on how the censorship and digital piracy of the controversial A Serbian Film (2010) affected interpretations of Serbian national identity in the UK, and Virginia Crisp (Middlesex University) on perceptions of ownership within file sharing communities.

Alongside keynote presentations from lawyer and campaigner Lawrence Liang and Dr Anne Barron from the London School of Economics will be a host of international speakers, a roundtable discussion of industry expert practitioners and a screening of Naata (The Bond) followed by a Q&A with directors Dr Anjali Monteiro and Dr K.P. Jayasankar from the Tata Institute of Social Sciences.

The event has been co-organised by Professor Janet Harbord and Dr Gil Toffell from QMUL’s Department of Film and Dr Amit Rai  from the School of Business and Management as part of ‘Bazaar Cinema: Re-purposing media and debating cultural rights of youth communities in London and Mumbai’. The AHRC International Network Grant project is based at QMUL and conducted in collaboration with the Centre for Media and Cultural Studies at the Tata Institute of Social Sciences in Mumbai.

Bazaar Cinema seeks to create an inter-cultural dialogue on unofficial forms of media production, and an understanding of the current media environment as a ‘bazaar’ of activity where legitimate and unofficial productions and adaptations circulate together. It aims to explore how young people – particularly those excluded from mainstream education and culture – use media in the public domain, and what they consider to be their rights in re-purposing media.

Media Piracy: The Politics and Practices of Borrowing runs from 10-5pm on Tuesday 17 June in Arts One at QMUL’s Mile End campus. Entry is free and booking is not required.

For a full event programme and more information visit http://bazaarcinema.wordpress.com/