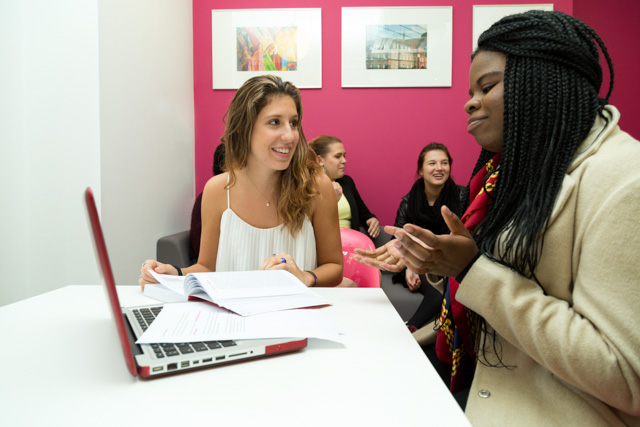 1) How worried should people watching at home be?

We should be worried for the people of Africa and their desperate plight, but not for ourselves – we are more likely to die of influenza or a stroke or of a road traffic injury. People in Africa are dying from the many diseases of poverty, and ebola is just another one to add to the list. Like all diseases of poverty, Ebola accelerates poverty and economic hardship, because the women and breadwinners die and because of its impact on economic activity. West Africa is facing a humanitarian crisis of extraordinary proportions: one in ten children die before the age of ten, almost half of all children are malnourished and stunted, and one in seven women are dying in child birth. The problem is absolute poverty, and fragile states hollowed out by civil wars and displaced populations and decades of exploitation by the west of their natural resources. Health care facilities have been degraded. In Liberia, with a population of 4.7 million, there are fewer than 100 doctors and 1,000 nurses (compared with the tens of thousands in western countries of similar size). There are almost no beds, and supplies such as rehydration, barrier nursing equipment, and protective clothing are almost non-existent.

2) Ebola is extremely difficult to contract. So why have a number of health workers, all wearing protective clothing, managed to do so?

They haven’t followed the rules and procedures. This is not a very contagious. The rate at which new cases give rise to subsequent cases (known as ro - р) is between 1 and 3, compared with 15 to 17 cases for measles. Infection rates are low if medical measures are observed, eg, quarantine, isolation, and barrier nursing. Ebola is not contagious during the incubation period. Contact tracing is vital. These are routine precautionary measures, but the extent to which they are implemented is an indication of the strength of the health systems of the countries affected.

3) Can the US control the disease within its borders? What's gone wrong there? In the UK we've treated one patient who contracted Ebola in Africa - have we been lucky or is it the difference between our healthcare systems?

Any western country should be able to control the disease if it has good health care infrastructure. But the US is in an unusual situation. Despite being the richest country and spending $3 trillion on health care alone (compared with a total GDP of just $2 billion in Liberia), the US has almost 60 million people with no access to health care. It, too, has hollowed out its public services and it doesn’t have good primary care or community services, contact tracing is inadequate, and infrastructure is very variable because the focus is on profits and investor returns and not health care needs. Ebola is rooted in poverty, malnutrition, overcrowding, and lack of sanitation, and like all infectious diseases thrives in poverty and exploits weaknesses in society and infrastructure.

The UK has had excellent systems for contact tracing and has had a long history of dealing with infectious disease. It remains to be seen how it will cope with major outbreaks including influenza now these public health services are being whittled away. We had universal health care in the UK until 2012, but worryingly the new system in England is being designed on US lines (see http://www.nhsbill2015.org/).

4) Is this comparable to the AIDS epidemic?
(John Kerry US Secretary of State has said that Ebola has the potential to become a scourge like HIV or polio, that we will end up fighting, all of us, for decades)

This is scaremongering on an extraordinary scale and the only parallel is with the hysteria and stigma which accompanied HIV in the US initially. HIV is infectious when people have no symptoms; Ebola is not during the incubation period. All previous epidemics have been contained with good medical management and this is a wake-up call to the poverty of Africa.

5) Some are calling for a ban on travel from West Africa. Is this the right response?

Many African countries have already closed their borders and airlines have cancelled all direct flights. The restriction of the movement of people is clearly important to contain disease, but closing borders can create new problems for trade and movement of goods and services such as food and economic supplies and labour, etc. Malnutrition is increasing due to the fact that cash crops are not being sold across borders, and this has triggered emergency supplies from the World Food Programme http://www.wfp.org/stories/wfp-response-ebola.

6) How useful is screening?

The European Centre for Disease Prevention and Control published a summary on 12 October showing that there is no strong evidence to support entry screening in airports and that resources would be unnecessarily wasted.

Prevalence is very low, and there will be many false positives as well as false negatives. Screening for Ebola on entry is an unnecessary cost and resources, staff, and activities would be much better deployed to shoring up the NHS and reversing the hospital and bed closures and primary care closures.

Several countries have tried using airport screenings to contain diseases in the past. In 2003, Canada tried using the procedure to keep out the SARS epidemic. During the course of the procedure, 700,000 passengers were screened at Canadian airports; close to 2,500 answered yes to the SARS questionnaire. Exactly none were found to have the disease, and the procedure cost Canada $15 million. Australia tried the same thing. The country's airports screened close to two million incoming passengers for SARS and found nearly 800 with elevated temperatures. After holding them for additional testing, it turned out that no one had the virus.

“Adopting the policy of ‘enhanced screening’ gives a false sense of reassurance," wrote Mabey et al in the BMJ. “Our simple calculations show that an entrance screening policy will have no meaningful effect on the risk of importing Ebola into the UK.”

What is completely missing is a public health analysis and a situation report of what is happening in these countries. These are among the poorest countries worn out by civil wars, exploitation of their resources and corruption, the health infrastructure is hollowed out. Land agricultural rights and mineral and mining rights have also been transferred from the people to the west and foreign investors contributing to resource depletion (see Global Witness).

One of the reasons that we have set up the new BSc in Global Health here at Queen Mary University of London is to bring to ambitious and thoughtful students this public health perspective on global challenges like Ebola. One of the first things they will need to consider, in fact, is to what the challenge really is and where it lies. Public health doctors would point to the basic public health infrastructure – sanitation, nutrition, clean water, health care facilities, staff – and the underlying political, social, and economic factors.