Queen Mary University of London (QMUL) has awarded honorary degrees to pioneers in the fields of cancer research and the biology of infectious diseases in wildlife. 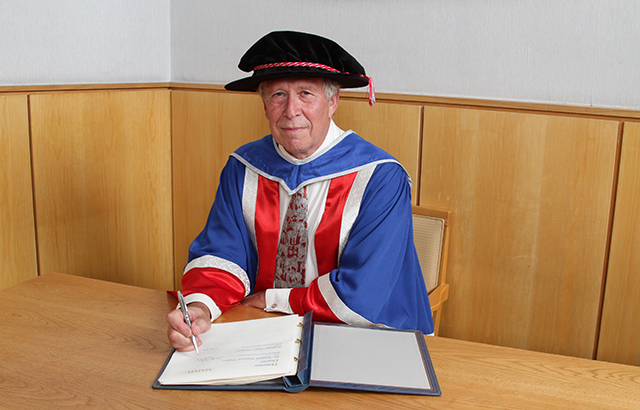 Dr D Maxwell Parkin (nominated by Professor Jack Cuzick, School of Medicine and Dentistry) has been designated an Honorary Doctor of Science for his achievements in cancer epidemiology, including the editorship of the hugely influential Internal Agency for Research on Cancer publications on Cancer Incidence in Five Continents, and his many papers on the geographical distribution of cancers across the world.

Dr Parkin has published more than 400 research papers and reviews and his influential studies on the percentage of cancers that can be attributed to different causes, including tobacco, radiation and obesity, have made a significant contribution to scientific literature.

Dr Parkin’s research on cancer prevention priorities, conducted whilst at QMUL’s Wolfson Institute of Preventive Medicine, is used by countries across the globe in planning their cancer control programmes. He has been a tireless supporter of cancer registration across the world and currently leads a project for cancer registration in Sub-Saharan Africa. 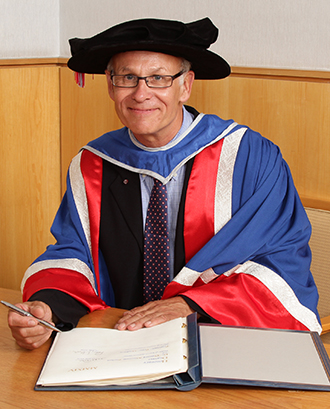 Professor Peter Hudson FRS (nominated by Professor Matthew Evans) has been named an Honorary Doctor of Science (DSc) for his work in disease ecology. He is the author of some 300 scientific papers and books on infectious disease in wildlife, having studied emerging infections and diseases in wolves, tortoises, flying foxes and bighorn sheep.

Honorary degrees are one of the most significant accolades that can be offered by a university, and are conferred on those who are outstanding in their vocation, have attracted national or international recognition, or who have given exceptional service to the university. All staff and students at QMUL can nominate a candidate for consideration.