Some 3,000 Queen Mary University of London students are graduating between 14-18 July at a series of ceremonies held in the Great Hall of the People’s Palace in Mile End, attended by 10,000 graduands, family and friends. All have made huge achievements during their time at QMUL. Here, we tell some of their stories: 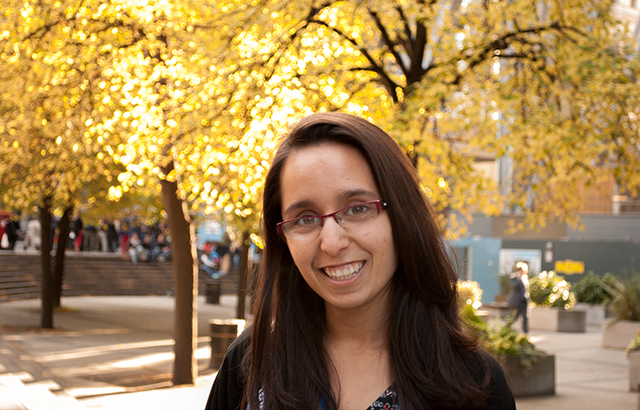 Ambika Kumar was named Course Rep of the Year at the Education Awards 2014. She is graduating with a First class degree in Biomedicine before going straight on to a PhD in Microbiology at Queen Mary.

As a Course Rep in the School of Biological and Chemical Sciences, Ambika listened to student problems and worked with staff to bring about specific changes to biomedical sciences, including changes to course work and the availability of resources.

“In the first two years of my degree I thoroughly enjoyed helping out other fellow students in both course work and exam revision. Because of this, in my second year, I decided to become an SBCS PASS mentor, which I also carried on in my third year. In the final year of my degree, I realised that I could make bigger and broader changes through being a course rep and Vice President of the biomedics society,” she explains.

“Being a Course Rep has given me the opportunity to get involved a lot more in Queen Mary by making me realise that there is so much more I want to give back. Because of this, I decided that remaining in the university for postgraduate education would be the best choice for me. I am excited and motivated to see what the next three years have in store for me!” 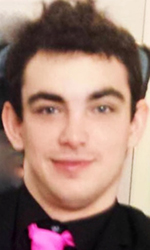 Daniel Holt, originally from Trafford on the outskirts of Manchester, was interviewed by the BBC after receiving his A-Levels results in 2011. He is now graduating with a high 2:1 Bachelor of Laws (LLB) from the School of Law.

As the Students’ Union’s Disabled Students' Representative and President of the Ability Society, Daniel campaigned to raise awareness of accessibility issues and sought improvement by recording a video demonstrating access problems on campus. The video led to £400,000 being allocated to improve access.

Automatic doors on buildings such as The Curve, Ground, the GP’s Surgery and Advice and Counselling have been installed and the Queen's Building has also been made accessible by changing the lift to one which can be used independently.

This 'Campaign of the Year', is something of which Daniel is proud and he considers to be a highlight of his QMUL experience.

Daniel has spoken publically about the history of disability and promoted social events and campaigns for the Ability Society. During his years at Queen Mary, Daniel has worked as a Student Ambassador, interned for the British Society of Human Rights, volunteered as a teaching assistant and acted as a legal advisor at QMUL’s pioneering Legal Advice Centre, offering pro-bono advice on general legal matters and law concerning the LGBT community.

In 2011, Daniel launched Being Disabled in a Normal Society, a blog which grew into a website in 2013. The site advises on human rights, accessible activities and useful resources, whilst publicising the daily difficulties faced by disabled people through blogs and videos made by disabled people for others to learn from the experiences.

Daniel will continue to work for the Legal Advice Centre in a new role as Advising Team Leader and has an interview for their internship. He intends to use the upcoming year to gain more legal experience and continue to build Being Disabled in a Normal Society.

As he leaves QMUL, Daniel advised students to “be themselves, to work hard in achieving a good grade and take part in the Students' Union and other volunteering opportunities”.

Sajidah Begum graduated with a First in Biochemistry, finishing in the top 5 in her graduating class of some 350 students, receiving The Westfield Trust prize for her achievement.

During her time at Queen Mary, Sajidah voluntarily tutored children aged 7-10 years, helping them with homework, spelling and listening to them read.

“I feel that it is vital that we appreciate that learning is not something that should start and end within the school environment but that parents must work to reinforce what their child has been introduced to at school, at home," she explains.

“The children that I work with have parents that are not fluent in English, so helping their child with reading and homework is slightly difficult and this is where I help. Having worked with these children for quite some time now, and seeing them develop and grow in confidence has been fantastic. It has been great to see that they are working at the level, and in some cases above the level, they should be working at, and so they’ve not been disadvantaged by their situation.”

Sajidah now plans to apply to medical schools for 2015 entry.