Floods reinforce the impression of harried communities at the mercy of nature and abandoned by government, emergency services and insurers. Insurance companies are the bad guys, right? It’s not that straightforward. 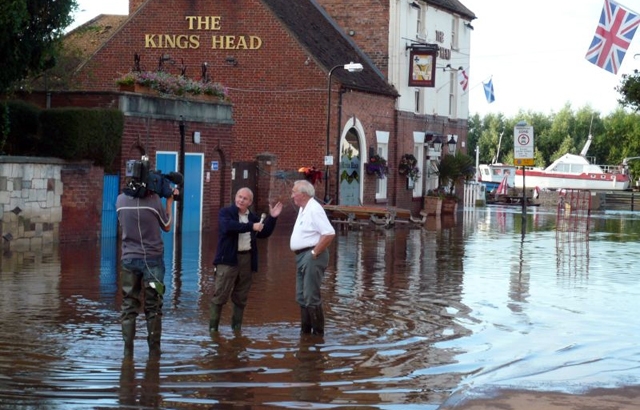 Insurance works on the principle that by covering a large number of people, the insurer will receive more in premiums than it pays out in claims.

But this means an insurer must carefully balance the risks it takes. Insure only houses on flood plains and you may go broke.

The harsh reality is that the premiums paid by people who are not at risk of flooding have to subsidise those of flood-plain residents.

Of course, insurers can demonstrate the value of their industry by the speed and efficiency of their reaction to natural disasters and other crises.

And most insurers do not need to be told the importance of good customer relations, especially in an age of social media and instant rating of products.

Prompt responses keep customers happy and - much like police investigations -ensure as much evidence as possible can be gathered to support claim assessments.

When the deluge hits, the media only wants tales of homeowners bailing out, or being ‘failed’ by insurers. Such stories feed into a collective belief that somehow insurers are obstructive.

We really need to look more closely at why claims are turned down as.

Many householders do not take out adequate cover. They need to take responsibility for their own property protection, particularly if living in flood-prone areas.

Fraudulent claims made by policyholders are another endemic problem. The UK’s Insurance Fraud Bureau estimates that undetected claims fraud amounts to around £2bn each year, which adds around £50 to every policy.

Fraud might be shrugged off as a faceless crime affecting only corporate fat cats. “They can afford it” being the justification. But in real terms, “they” are the policyholders, hit by spiraling premium costs.

Flooding is an awful experience for home and business owners, particularly for those unable to return to their properties for months on end.

But repairing flooded properties is structurally complex and takes a long time. This is not the fault of the insurance companies – or anyone.

Compounding the misery for flood victims is that once their homes are habitable again, they fear they will be unable to obtain cover at a price they can afford – if at all.

But insurance is a business, which is only worth continuing if it makes a profit.

Ultimately, the response to flooding – like any other natural disaster – is a matter for government, but cooperation should be sought from experts whose daily business is disaster – the insurance industry.

Insurers have long shown themselves willing to engage with government on schemes to provide cover for those living in areas at risk of flooding. This includes a proposal to extend the Flood Re insurance subsidy scheme, which many in the industry are in favour of.

As we continue to build much-needed homes in the UK, often on land prone to flood, government must provide a clear strategy that protects homeowners and businesses. Part of that strategy must be to enable them to obtain affordable cover. The risk cannot be carried the insurance industry alone.