Damon Albarn will be playing The Great Hall at Queen Mary University of London on 1 May, to coincide with the release of his first solo album, Everyday Robots. 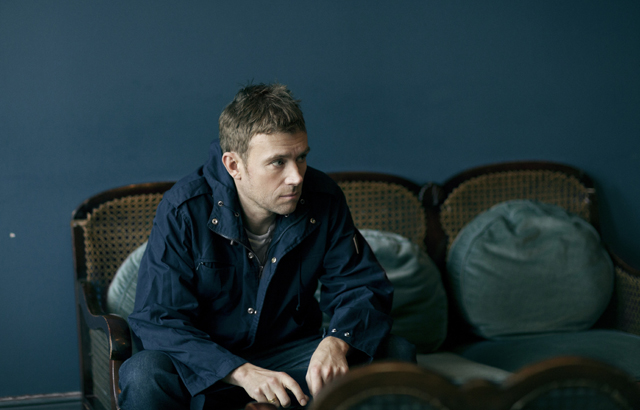 At one of only two intimate shows in London, Albarn will perform with a band including guitarist Seye, drummer Pauli The PSM, bassist Jeff Wootton and Mike Smith on keyboards.

Albarn’s new studio album, Everyday Robots, is his most autobiographical to date and features cameo appearances by Brian Eno and Natasha Khan (Bat For Lashes) and will be released by Parlophone on 28 April.

The Great Hall, part of Queen Mary’s historic People’s Palace, was re launched in February 2013 following a £6m refurbishment project to restore the building to its former glory and install new technology.

George Foden, Corporate Events Manager said: “We’re really excited to be involved. The promoter was considering several venues around London, so we’re delighted they chose the Great Hall for this high-profile show. When the venue was refurbished we ensured that the technical equipment installed was of a high-specification in order to attract artists of this calibre. We hope this will be the first of many live concerts in the Great Hall for staff and students and the local community to enjoy, as the venue has a long history of hosting live music events.”

As well as the People’s Palace gig, Albarn will also play the Rivoli Ballroom on 30 April. A number of European dates then follow, culminating in the headline slot on Saturday night at Latitude Festival in July.

The London dates are:

1st May - The Great Hall, Queen Mary University of London

Tickets are £35 each (plus a £2.80 booking fee) and will be available from 9:00am GMT on Friday 14th February via www.gigsandtours.com/go/damonalbarn

For more information about the Great Hall, visit www.qmgreathall.co.uk/history/index.html.