Queen Mary University of London and Barts Health NHS Trust have received £1 million in funding from the National Institute for Health Research (NIHR) to integrate five Clinical Research Facilities (CRFs) and 18 disease-specific research groups into a combined CRF team.  The team will operate at various sites within Barts Health NHS Trust and Queen Mary University of London across east London. 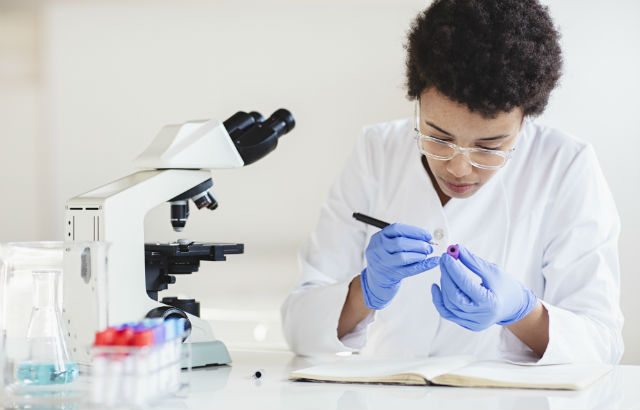 It comes as the NIHR announced nearly £161 million to fund 28 NIHR CRFs expanding the delivery of early phase clinical research in NHS hospitals across England.

The new NIHR Barts Clinical Research Facility, run by Barts Health NHS Trust, will support the delivery of early translational and experimental medicine research, from studies testing new treatments in patients for the very first time through to early safety and efficacy trials.

The new research facility will be key in speeding up access to new, innovative treatments for patients locally, nationally and internationally while also providing a boost to early-stage research and supporting the economy. It will also help to recruit and train a more diverse, specialised workforce and deliver a wider range of clinical trials tackling a larger number of priority disease areas.

A significant investment of further funding to develop the new CRF will come from the Barts900 campaign led by Barts Charity. The campaign aims to fully fund construction of a new CRF at The Royal London Hospital, which Barts Charity has already invested in to support the technical design. Over the past five years, Barts Charity has provided substantial funding for which innovations in research and patient care at Barts Health and Queen Mary would not be possible.

Professor Rupert Pearse, NIHR Professor of Intensive Care Medicine at Queen Mary University of London said: “This new funding will have a tremendous impact on research within Queen Mary’s Faculty of Medicine and Dentistry. We know ethnically diverse people, like those in our local East London communities, are poorly represented in clinical trials, limiting the value of research for the overall UK population.

“The funding will give a huge boost to the Barts900 campaign and funds an innovative new CRF at the Royal London Hospital.  This will enable us to provide local people with much-needed opportunities to participate in early phase clinical trials of new drug treatments. By giving more people on our doorstep the opportunity to receive trials of new drug treatments, our research can become far more impactful and hopefully improve health outcomes both locally and around the country.”

Professor Alistair Chesser, Group Chief Medical Officer, Barts Health NHS Trust said: “This new investment will support the discovery of ground-breaking new treatments and its application into NHS health care in east London. We know that clinical research has direct benefit for our patients and long-term impact on the health and well being of our local population. Together with the planned investment from Barts Charity, we will be well placed to expand the range of our research to tackle current and future health challenges.”

Fiona Miller Smith, Barts Charity’s CEO, added: “It is excellent news that the National Institute for Health Research is investing in the Clinical Research Facility.  The CRF is one of two major healthcare landmark projects that we are fundraising for as part of the Barts900 campaign. We are immensely proud to play an important role in the Facility’s evolution which will provide a unique opportunity to set out a vision for the future of healthcare for London.”

Professor Lucy Chappell, Chief Executive of the NIHR and Chief Scientific Adviser to the Department of Health and Social Care, said: “NIHR’s CRFs scheme has been a key force in translational research across England, helping to position the nation as internationally competitive in early stage clinical research.

“This new overall funding, a 43% increase, will allow the CRFs to continue to drive forward innovation in experimental medicine and support translation of exciting discoveries into new treatments for patients.”

Minister for Innovation, Lord Kamall, said: “Clinical research has been vital in our fight against COVID-19 and in saving thousands of lives – whether through the rapid creation of vaccines or the identification of life-saving treatments like dexamethasone.

“Funding more CRFs across the country means we can continue to build on this innovation to transform our health service and ensure the NHS is able to deliver world-class care.

“As we build back better from the pandemic, I am committed to ensuring the UK remains a world leader in diverse, ground-breaking research.”

The sites across east London which the team will operate in include: