Children and young adults* with Down Syndrome are four times more likely to be diagnosed with diabetes, according to new research led by Queen Mary University of London and King’s College London. 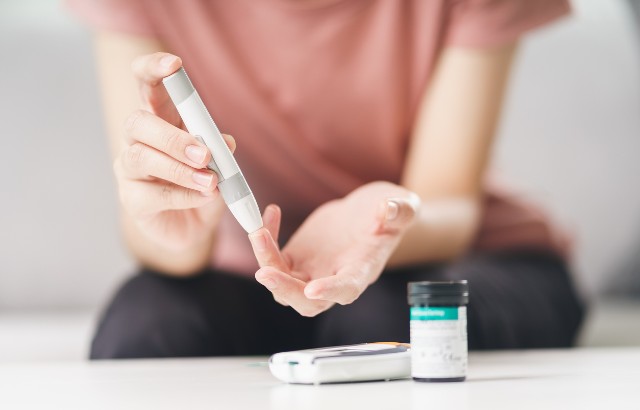 The study, published in Diabetes Care, examined just under 10,000 people with Down Syndrome and nearly 40,000 without. The population-based study was created using data across three decades (from 1990 to 2020) from the UK Clinical Practice Research Datalink – one of the most populated databases.

It is the first time that the researchers have looked at the incidence of diabetes and obesity in Down Syndrome across the life span in one of the biggest Down Syndrome cohorts in the world.

Researchers found that children aged five-14 with Down Syndrome have a 10 times greater chance of having type 2 diabetes than children without the condition. It suggests that annual health checks for children with Down Syndrome need to more closely monitor for excess weight, obesity and early signs of diabetes to help catch diabetes as early as possible, given how susceptible this group is and the complications it can bring in later life.

While the study found that people with Down Syndrome are typically diagnosed with diabetes much earlier - the average age of diagnosis for someone with Down Syndrome was 38 years old, compared to 53 in those without Down Syndrome – the heightened risk for those far younger than this underlines the importance of vigilant, early-stage monitoring.

Genetics and excess bodyweight are thought to be the primary reasons behind this. People with Down Syndrome were found to have a higher Body Mass Index and reach its peak at an earlier age, which means a greater risk of type 2 diabetes at a younger age. There is also an increased risk of type 1 diabetes due to extra chromosomes and issues with the immune system in those with Down Syndrome.

Dr Li Chan, senior author, Reader in Molecular Endocrinology and Metabolism and Consultant Paediatric Endocrinologist at Queen Mary University of London said: “This study highlights the importance of early screening for diabetes and weight issues in people with Down Syndrome, especially children and young adults”.

“Currently there is a sizeable gap in research into the condition, which affects around 40,000 people in the UK. To help plug this gap in knowledge, we are conducting further research into how genetics affects a person with Down Syndrome’s predisposition to diabetes and obesity, and hope to shed further light on this important medical issue.”

Professor Andre Strydom, corresponding author, Professor in Intellectual Disabilities at King’s College London said: “This is the largest study ever conducted in Down Syndrome patients to show that they have unique needs with regards to diabetes and obesity, and that screening and intervention- including a healthy diet and physical activity - at younger ages is required compared to the general population.

“The results will help to inform the work of NHSE’s LeDeR programme to reduce inequalities and premature mortality in people with Down Syndrome and learning disabilities.”