A new UK Climate and Trade Commission, set up by Queen Mary University of London and the Trade Justice Movement, aims to help find policy solutions to the climate challenge. 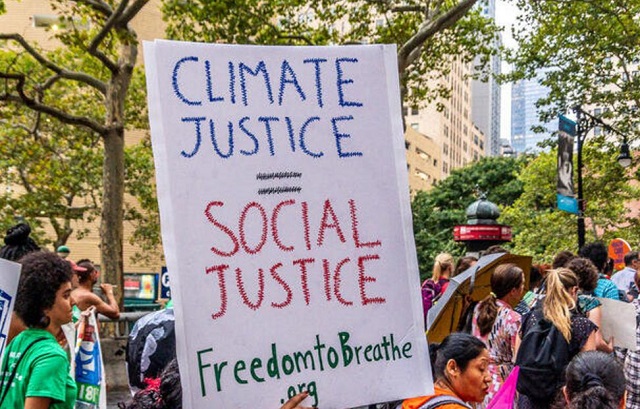 As Britain records its hottest ever temperatures and the High Court rules the Government’s climate strategy unlawful, the UK waived through its first post-Brexit trade deal with Australia yesterday which is predicted to lead to higher greenhouse gas emissions. With crisis looming, Queen Mary University of London and the Trade Justice Movement have launched a UK Climate and Trade Commission to help solve these growing problems.

The 14-strong team will bring together respected experts from the United Nations and former senior government officials with environmental groups, businesses and trade unions. They will develop practical proposals for how the UK could better address climate change in the Free Trade Agreements it’s negotiating and make better use of existing trade rule flexibilities, as well as working with likeminded countries to lay the groundwork for lasting change at the World Trade Organization.

Due to release their findings in December 2022, Commissioners will pool their ideas and expertise, drawing on best practice from around world. Their recommendations will come at a critical time, just months before the UK is required to spell out its updated climate plans to Parliament in April 2023.

Ruth Bergan, Director of the Trade Justice Movement, commented: “We have seen with the UK-Australia trade deal – agreed this week without a vote, or even a debate in Parliament – how vital it is to make sure that trade policy supports rather than undermines action on climate change.

“Getting this right really matters because trade agreements are binding and enforceable in a way that even the Paris Agreement is not. We’re excited to bring together such a fantastic group of experts to work out what steps the UK can take to develop a truly pro-climate trade policy.”

Liam Campling, Professor of International Business and Development at Queen Mary University of London, continued: “Despite strong support from the UK public for action on climate change, there is still woefully little understanding of how trade and investment policies impact climate action. We will not make progress on climate change without bringing trade into line.

“We are delighted to be working with these 15 exceptional Commissioners to develop proposals that a future UK government could realistically implement to show leadership and vision in this neglected, but critical area.”