In a world first, an international team of researchers has read an unopened letter from Renaissance Europe – without breaking its seal or damaging it in any way. 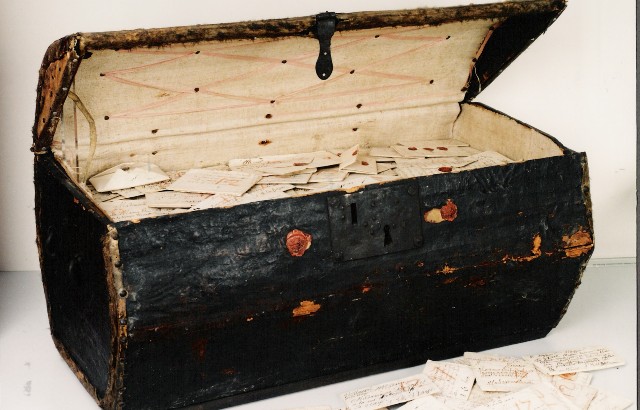 A seventeenth-century trunk of letters bequeathed to the Dutch postal museum in The Hague.

The research, published in Nature Communications, describes how an X-ray scanner used in dental research and ‘virtual unfolding’ allowed the interdisciplinary team to read the contents of a securely and intricately folded letter which has remained unopened for 300 years, while preserving its valuable physical evidence.

The senders of these letters had closed them using ‘letterlocking’ - the historical process of intricately folding and securing a flat sheet of paper to become its own envelope.  Letterlocking was common practice for secure communication before modern envelopes came into use, and is considered to be the missing link between ancient physical communications security techniques and modern digital cryptography.

Until now these letterpackets could only be studied and read by cutting them open, often damaging the historical documents. Now the team have been able to examine the letters’ contents without irrevocably damaging the systems that secured them. 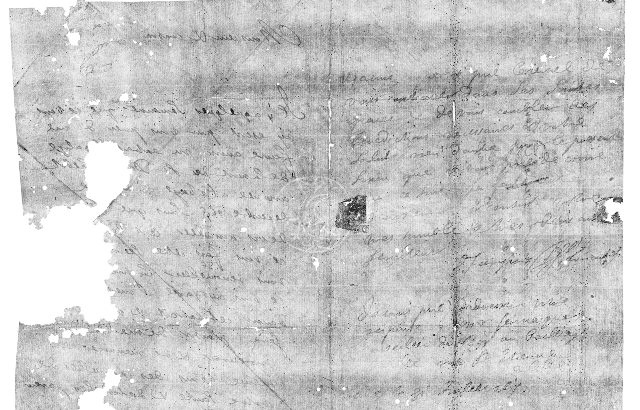 The results of scanning and virtually unfolding the letter

Professor Graham Davis from Queen Mary University of London said: “We designed our X-ray scanner to have unprecedented sensitivity for mapping the mineral content of teeth, which is invaluable in dental research. But this high sensitivity has also made it possible to resolve certain types of ink in paper and parchment. It’s incredible to think that a scanner designed to look at teeth has taken us this far.”

Dr David Mills from Queen Mary University of London said: “We’ve been able to use our scanners to X-ray history. The scanning technology is similar to medical CT scanners, but using much more intense X-rays which allow us to see the minute traces of metal in the ink used to write these letters. The rest of the team were then able to take our scan images and turn them into letters they could open virtually and read for the first time in over 300 years.”

This process revealed the contents of a letter dated July 31, 1697. It contains a request from Jacques Sennacques to his cousin Pierre Le Pers, a French merchant in The Hague, for a certified copy of a death notice of one Daniel Le Pers (full transcript and images available). The letter gives a fascinating insight into the lives and concerns of ordinary people in a tumultuous period of European history, when correspondence networks held families, communities, and commerce together over vast distances. 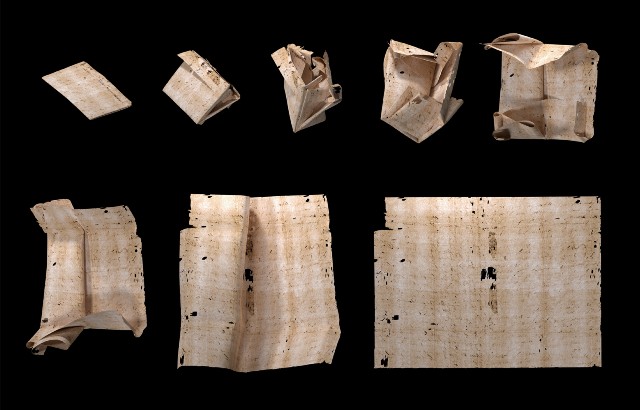 Following the X-ray microtomography scanning of the letter packets, the international team then applied computational algorithms to the scan images to identify and separate the different layers of the folded letter and ‘virtually unfold’ it.

The authors suggest that the virtual unfolding method, and categorisation of folding techniques, could help researchers to understand this historical version of physical cryptography, while at the same time conserving their cultural heritage.

“This algorithm takes us right into the heart of a locked letter,” the research team explains. “Sometimes the past resists scrutiny. We could simply have cut these letters open, but instead we took the time to study them for their hidden, secret, and inaccessible qualities. We’ve learned that letters can be a lot more revealing when they are left unopened. Using virtual unfolding to read an intimate story that has never seen the light of day – and never even reached its recipient – is truly extraordinary.”