Professor Carol Dezateux and Nicola Firman from Queen Mary University of London have co-written a piece for The Conversation on a recent study published in The Lancet, which found that the HPV vaccine cuts cervical cancer cases by nearly 90 per cent, and their research on the takeup. 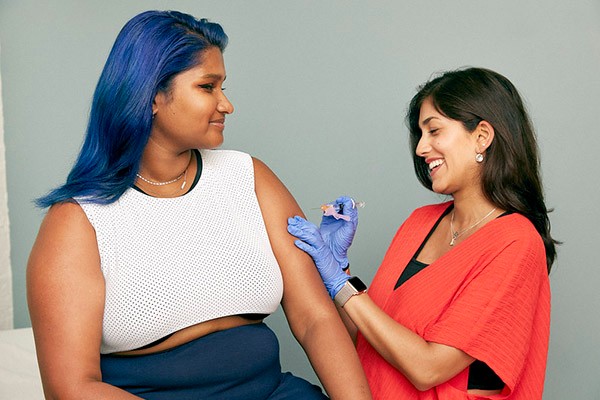 Young woman about to receive a vaccine. Credit: SELF magazine

A vaccine to protect against human papillomavirus (HPV) has been found to cut cases of cervical cancer by nearly 90%, according to a recent study published in The Lancet.

Cervical cancer, which can be caused by HPV, is one of the few cancers that can be prevented by a vaccine. This is why the HPV vaccination programme was introduced in UK schools in 2008, offered to girls aged 12-13. The programme has been extremely successful in the UK, with over 80% of eligible girls having received it to date. But our research has shown that there are still gaps in the vaccination programme.

HPV is one of the most common sexually transmitted infections in the world. While, in most cases, people can get over an HPV infection without treatment, it can sometimes turn into genital warts or even cervical cancer.

The HPV vaccination programme was introduced to vaccinate girls against HPV before they’re likely to become infected by it. But our research found that around one in ten girls in the UK hadn’t received the vaccination. We wanted to find out why these gaps exist.

To conduct our study, we used information from the Millennium Cohort Study – a UK-wide research study that contains detailed data on the health, social, economic and educational circumstances of children born in 2000-2002. As part of this study, at age 14 the parents of nearly 6,000 girls were interviewed and asked whether their daughters had had the HPV vaccine – and if not – the reasons they hadn’t.

From these interviews, we found that girls who hadn’t been vaccinated against HPV were more likely to live in the most disadvantaged areas of the UK, be home-schooled, temporarily or permanently excluded from attending school – for example, because of behavioural issues – or to be from a black or other minority ethnic background.

There were many reasons girls weren’t vaccinated, according to their parents. About half said either they or their daughter didn’t want the vaccine or they were scared of the vaccination procedure. Others said their daughter had not been offered the vaccine in school, or had not been at school on vaccination day. We also found that girls living in the most disadvantaged areas were 56% less likely to have received the HPV vaccine than those in the most advantaged areas.

The HPV vaccine currently offered protects against two strains of HPV that cause cancer, and two strains that cause genital warts. This year, a newer vaccine will be introduced that will provide young people with protection against a further five cancer-causing HPV strains.

Though this is great news, our research shows that there are still gaps in the vaccination programme that need to be addressed to ensure as many young women are being protected against HPV and cervical cancer as possible and that all benefit equally. While school immunisation teams already work hard to ensure all girls and their parents know about the vaccine – and sometimes even offer it outside of school settings – more needs to be done to improve vaccine uptake.

One way of improving uptake may be to involve family doctors in offering the vaccine to children who have missed out. This would allow families to discuss the vaccine with their GP and ask them any questions they may have. Some people may also feel more comfortable having the vaccine administered at their GP surgery. This may help reduce inequalities in vaccine uptake.

Since 2019, boys have also been included in the UK HPV vaccination programme. This is because boys can pass HPV infections on and can also develop cancers from HPV. The pandemic has had a major impact on the HPV vaccination programme and we now need a concerted effort across schools and with GPs to ensure all young people are protected against HPV.

This article was first published in The Conversation on 4 November. 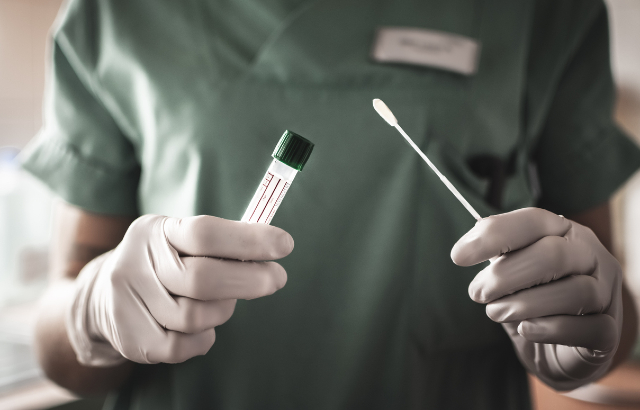