Queen Mary University of London have launched a new research project aimed at overcoming current challenges with devices that capture wave energy and convert it into electricity. 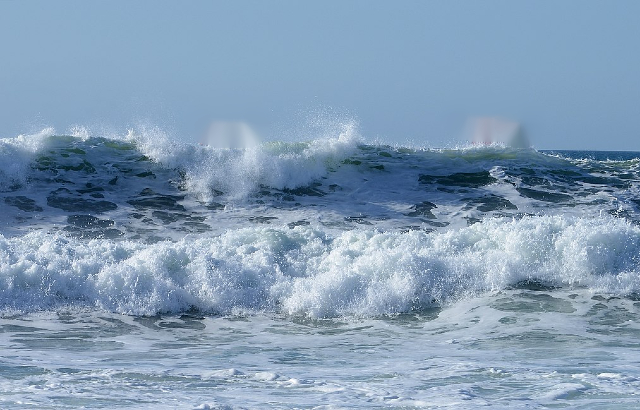 The wider deployment of wave energy converters (WECs) that convert wave energy into renewable forms of electricity is hampered by challenges such as their efficiency and ability to survive in extreme weather conditions.

The project is one of eight new projects launched to develop and test cutting-edge new wave energy technologies to help the UK achieve its net zero goal and continue to play a leading role in marine wave energy.

The research is supported by a £7.5 million investment by the Engineering and Physical Sciences Research Council (EPSRC), part of UK Research and Innovation (UKRI).

Wave energy converters (WECs) consist of multiple energy conversion stages and components to capture wave energy and convert it to electricity, with each stage operating under its own constraints.

To date, most research efforts have focused on the design of WECs rather than their controllers, despite the fact that control is recognised to play a key role in improving performance of these devices at a minimal cost. Recent studies have also revealed the importance of the interplay between the designs of the device and controller.

Through this project the researchers aim to study the control of a WEC at a whole system level, understanding the interactions and constraints of different components and energy conversion stages. They will develop a control framework that can optimally control WECs across all the conversion stages in order to maximise the electricity output generation and improve power quality.

Dr Guang Li, Reader in Control Engineering at Queen Mary, said: “Unlike for wind and marine turbines, there is currently no common design concepts for wave energy converters. Through our project we hope to foster the convergence of WEC technologies, evaluating the optimal trade-offs between device and controller design to ensure we can deliver low-cost electricity that is more widely available and has improved power quality.”

Marine wave energy is still less mature than wind and is perceived to have higher costs. To ensure the future viability of marine wave energy reducing the levelized cost of energy (LCOE), the average lifetime costs of generating energy using a specific technology, remains a high priority.

The researchers will also use their co-design approach to explore how to deliver the lowest achievable LCOE without compromising on power quality or availability.

Dr Li said: “The outcomes of our project will help to provide a step change in enabling the long-term future of marine wave technologies, and help to consolidate the UK’s leading position in offshore renewable energy.”