The winners of the Queen Mary Wasafiri New Writing Prize 2020 include authors from the UK, Ireland, and India. 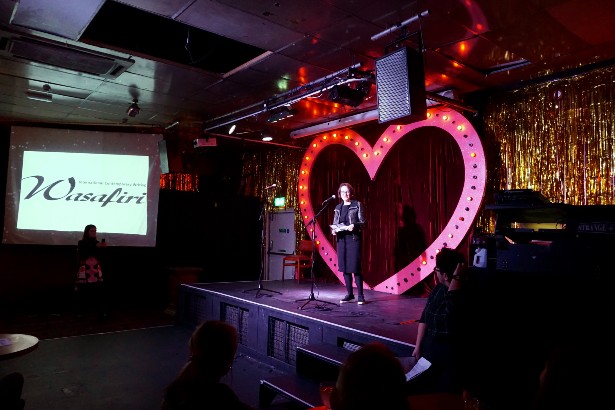 Based at Queen Mary University of London, Wasafiri is the UK’s leading magazine for international contemporary writing.

The prize winners, new writers who have yet to publish a full-length work in their chosen genre, will now receive their prizes of £1,000 as well as mentoring and publication. The judges praised the skill and beauty of the shortlisted and winning work, calling the pieces powerful, innovative, and immersive.

‘I was very mindful of doing this work for Wasafiri,' said novelist and critic Hirsh Sawhney, of judging the 2021 Queen Mary Wasafiri New Writing Prize. 'Wasafiri’s been at the forefront of conversations around representation – social justice, racial justice, gender. We’ve been having conversations relevant in 2021 since Caryl Phillips published his first novel. So we’re in a position to look forward to what’s next on the horizon, and that’s what I wanted to do'.

The winners of the 2021 Queen Mary Wasafiri New Writing Prize are:

Kate Carne's affecting and immersive 'First to Go' is an exploration of erosion, both physical and emotional. 'Complex' and 'tightly-written', Carne evokes a sense of grief and isolation through her meticulous prose. ‘I became deeply immersed in this story,' wrote judge Hirsh Sawhney. 'It contains vulnerable, jagged characters who behave strangely to one another. It is mystical but also kept me grounded with its careful attention to the natural world. The piece's subtle but consistent commentary on climate change is affecting without being didactic. It felt a little transcendent.’

As judge Christie Watson said, 'Swallow' is ‘a visceral, sensory story by a skilled writer with a unique way of condensing a life into a short story.' O'Brien interrogates illness and the body, imbuing a melancholy elegance to her narrative, and bringing characters and relationships vividly alive. ‘‘This story is really intimate,’ judge and Ted Hughes Award shortlisted poet Tishani Doshi added. ‘The detail was really affecting. I got to the end and wanted to keep reading.’

‘This poem washed over me,' said Forward Prize-winning poet, novelist and judge Tishani Doshi. 'I love the language, I love the registers, I love the voice, the sense of the way that the poem moves and where it takes us to. It is a really strong, beautiful, evocative piece of writing.’ Roy melds rhythm and repetition to create a triumphant, fierce poem that resonates and lingers on long after it has been read.

The following works were also shortlisted by the judges:

‘Eggs keep falling from the fourth floor’ by Bhavika Govil

‘The Song of Life’ by Usha Rungoo

‘Hazel and Fiver’ by Shamini Sriskandarajah

‘almost-shahrazad: part one’ by Shereen Leanne

Every member of the shortlist will have a one-to-one meeting with Nikesh Shukla of The Good Literary Agency to discuss their work, their career progression, and how to get ready for submission to literary agencies, as well as being offered the Chapter and Verse or Free Reads mentoring scheme in partnership with The Literary Consultancy (dependent on eligibility).

Wasafiri is Britain’s leading magazine of international contemporary literature. Launched in 1984, Wasafiri is committed to discovering, supporting, and showcasing the full breadth of literary voices on all points of the globe. Find out more at www.wasafiri.org