Half of Londoners likely to have Covid jab if offered, according to latest Mile End Institute poll

As the UK’s vaccination programme continues, results from the latest Mile End Institute poll for Queen Mary University of London suggest that half of Londoners are likely to have a Covid-19 vaccination if offered to them. 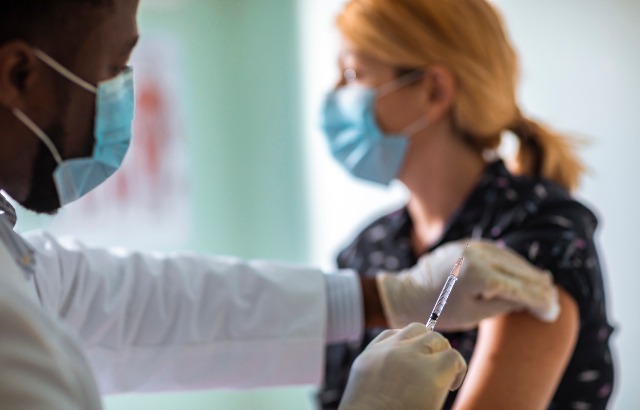 More than a third of respondents (35 per cent) had already received their first dose of a vaccine. Of those who hadn’t been vaccinated, younger Londoners were less likely to get vaccinated, with almost a fifth (19 per cent) of 18-24 year olds saying they are unlikely to have the vaccine if offered to them.

Dr Patrick Diamond, Associate Professor of Public Policy at Queen Mary and Director of the Mile End Institute, said: “The results suggest that efforts to combat vaccine hesitancy among BAME communities are having some impact, building on the perceived success of the national vaccination programme. However, our results show that so far, fewer BAME voters have actually received a vaccine. It is far too soon to declare victory in efforts to combat racial inequality in vaccine uptake.”

Handling of the pandemic

In terms of how well or badly voters think the nation’s leaders are handling the pandemic, Boris Johnson’s position has improved by nine percentage points since the last poll in November, with 37 per cent now saying he is doing well in comparison to 28 per cent. The number of voters who think he is doing badly has also fallen from 64 per cent to 59 per cent.

While Londoner’s generally positive view of Sadiq Khan’s handling of the pandemic has remained steady, more Londoners think Keir Starmer is handling the pandemic badly (39 per cent) than well (34 per cent). Even so, Labour remains electorally strong across the capital.

Dr Patrick Diamond added: “Boris Johnson’s leadership ratings have improved in London, buoyed no doubt by the perceived success of the Government’s vaccination programme. Sadiq Khan is also doing well. The difficulty for Keir Starmer is that unlike the prime minister and the mayor, he has less opportunity to prove his competence and effectiveness when he is merely leader of the opposition. He can only say but he cannot do.”